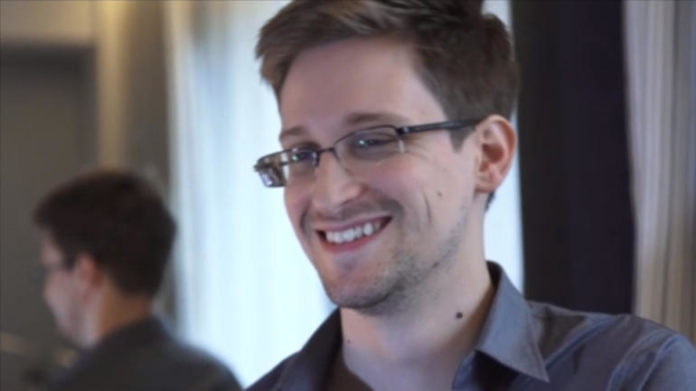 Past and current CIA directors have decided to blame Edward Snowden’s “unauthorized disclosures”  for the Paris terror attacks. Their accusations come in spite of their admission of  intelligence failures.

“In the past several years, because of a number of unauthorized disclosures and a lot of handwringing over the government’s role in the effort to try to uncover these terrorists, there have been some policy and legal and other actions that are taken to make our ability collectively internationally to find these terrorists much more challenging…” CIA Director John Brennan responded to a reporter who asked how the Paris attack had happened when the world’s leading intelligence agencies (who use widespread mass surveillance) “didn’t even catch a whiff of it as far as we’re to understand.”

Former CIA director James Woolsey even said that Snowden has “blood on his hands”. The leaks apparently gave the terrorists information on how they were tracked, and allowed them to modify their communications and behavior.

Former White House Press Secretary Dana Perino had this to say in a tweet:

“Also, F Snowden. F him to you know where and back.”

“We’ve had a public debate. That debate was defined by Edward Snowden, right, and the concern was privacy. I think we’re now going to have another debate about that. It’s going to be defined by what happened in Paris,” he said on CBS’ Face the Nation on Sunday.

“To some people the whistleblower Edward Snowden is a hero; not to me,” he wrote in the Daily Telegraph on Sunday. “It is pretty clear that his bean-spilling has taught some of the nastiest people on the planet how to avoid being caught; and when the story of the Paris massacre is explained, I would like a better understanding of how so many operatives were able to conspire, and attack multiple locations, without some of their electronic chatter reaching the ears of the police.”

Glenn Greenwald retorted that terrorists were well aware of how the intelligence agencies were monitoring their communications even before Snowden:

“One key premise here seems to be that prior to the Snowden reporting, The Terrorists helpfully and stupidly used telephones and unencrypted emails to plot, so Western governments were able to track their plotting and disrupt at least large-scale attacks. That would come as a massive surprise to the victims of the attacks of 2002 in Bali, 2004 in Madrid, 2005 in London, 2008 in Mumbai, and April 2013 at the Boston Marathon,” wrote Glenn Greenwald.

“How did the multiple perpetrators of those well-coordinated attacks — all of which were carried out prior to Snowden’s June 2013 revelations — hide their communications from detection?“

Other comments made by Brennan have received less attention; he claimed that the CIA was able to uncover and thwart many other terror attacks before they could be undertaken. More interestingly, he even admitted that intelligence operatives were aware of the Paris attack:

“…I can tell you that it’s not a surprise that this attack was carried out from the standpoint of we did have strategic warning. We knew that these plans or plotting by ISIL was underway, looking at Europe in particular as the venue for carrying out these attacks,” said Brennan.

“But I must say that there has been a significant increase in the operational security of a number of these operatives and terrorist networks as they have gone to school on what it is that they need to do in order to keep their activities concealed from the authorities,” he added.

This Article (“Blood On His Hands”: CIA Blames Snowden For Paris Attack) is free and open source. You have permission to republish this article under a Creative Commons license with attribution to the author(CoNN) and AnonHQ.com.