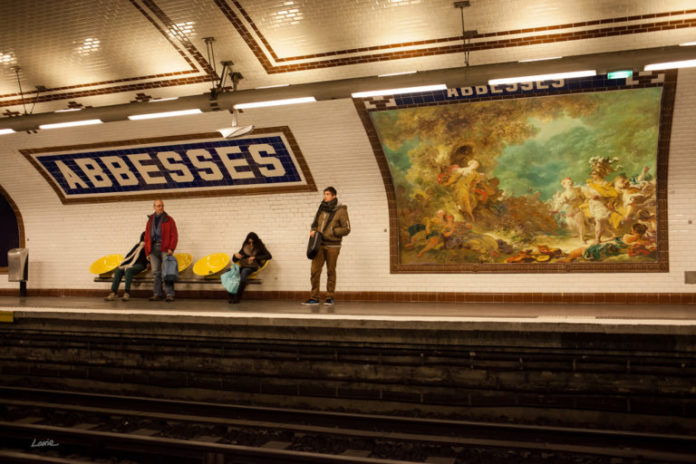 Cities are taking back public places by eliminating invasive advertisements that contribute to an unhappy society.

Advertisements are so omnipresent in modern society that it’s almost impossible to imagine the world without them. However, in a sweeping global trend, many cities are forfeiting revenue and taking back public spaces. São Paulo, Chennai, Grenoble, Tehran, and Paris are sparking movements to eliminate the “visual pollution” caused by advertising signs and billboards.

It’s not just aesthetic— the movement is a part of a larger conversation about culture and human rights. Is it right that we should be unavoidably bombarded with advertisements that insist that our lives are incomplete without their products and services? The ubiquity of marketing has inarguably added to the burden of living in a consumer-driven modern society. But still further, this superficial veneer has greatly undermined the historic purpose of public spaces, which is to represent the character and achievements of its inhabitants.

As expressed by Ms. Farida Shaheed, Special Rapporteur for the United Nation’s field of cultural rights, “Cities that wish to protect cultural diversity…must protect their societies from undue levels of commercial advertising and marketing, and ensure that public and civic spaces remain spheres for deliberation, cultural exchange, social cohesiveness and diversity, places for debate and discussion, artistic and other self-expressions.”

São Paulo set the precedent back in 2006 when the then populist mayor, Gilberto Kassab, passed the “Clean City Law” outlawing outdoor advertisement, and subsequently, 15,000 billboards and 300,000 storefront ads were taken down. Residents initially feared what type of city lay beneath the cosmetic facade that defines so many urban landscapes. Nevertheless, the removal has allowed São Paolo’s true character to emerge, and many of the surfaces have since been recovered by art murals and collages.

The U.S. states of Vermont, Maine, Hawaii, and Alaska have banned billboards, and approximately 1,500 cities nationwide have limited public advertising. Paris reduced outdoor ads by a third and banned advertising within 50 meters of schools. Tehran experimented in 2015 by replacing billboards citywide with iconic Western and Iranian artworks for 10 days. A 2012 initiative in Bristol contested that “the most vulnerable groups to commercial pressures – children and young people – show higher rates of mental health problems”. Grenoble lost $640,000 in revenue from advertising, in order to “develop areas for public expression”.

“Outdoor ads have become part of people’s day-to-day urban wallpaper… and connect everyday ways of thinking to commercials imperatives,” explained Anne Cronin, an advertising expert at the University of Lancaster. The problem with the placement of these advertisements in unavoidable locations is that they invade our daily lives, conversations, and thoughts. This is arguably an infringement of our freedoms, and maybe now is the time to protest what we are forcibly subjected to.