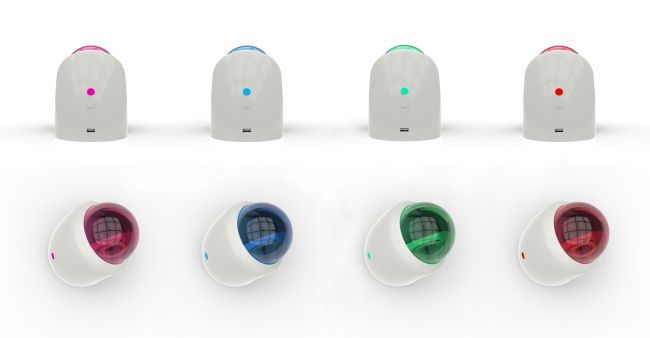 Solar start-up Rawlemon’s Andre Broessel, a German architect, has created a spherical sun-tracking solar energy generator to revolutionise renewable energy and solar power on Earth. The Rawlemon design uses a spherical lens to concentrate both sunlight and moonlight up to 10,000 times on a small photovoltaic panel and combines this with a dual-axis pivot that tracks the movement of the sun. By concentrating the sun’s light in one area, the Rawlemon design reduces the solar cell surface required to just 1% of that required by a traditional panel making its solar harvesting capabilities 35% more efficient than conventional dual-axis photovoltaic designs. Additionally, poor weather would not impact the device, because of a built-in weather tracking system. Rawlemon has brought a range of devices to market. The 10-cm (3.9-in) Beta.ey S phone charger is compatible with any phone that uses a USB 2.0 charging port and has a battery storage capacity of 27.5 Whr. The other devices include Beta.ey S Special Edition ($489) and a Beta.ey XL ($999) designed for charging tablets.