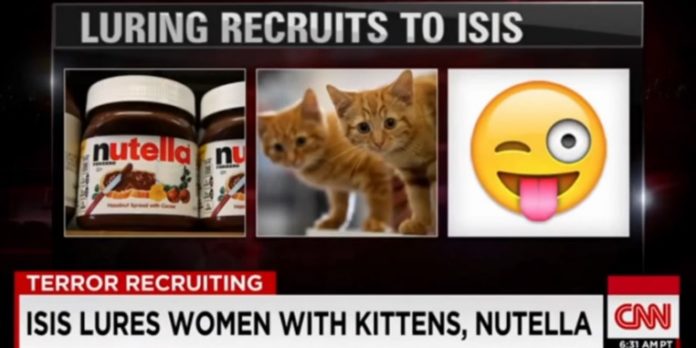 However, perhaps members of ISIS just happen to like Nutella and kittens, and maybe they just like to use emojis. The writers at CNN must think that western women are gullible enough to join a war on the other side of the country because the people fighting that war also like kittens.

Its hard to believe that people are taking any of this seriously anymore. Check out the clip for yourself in the video below: