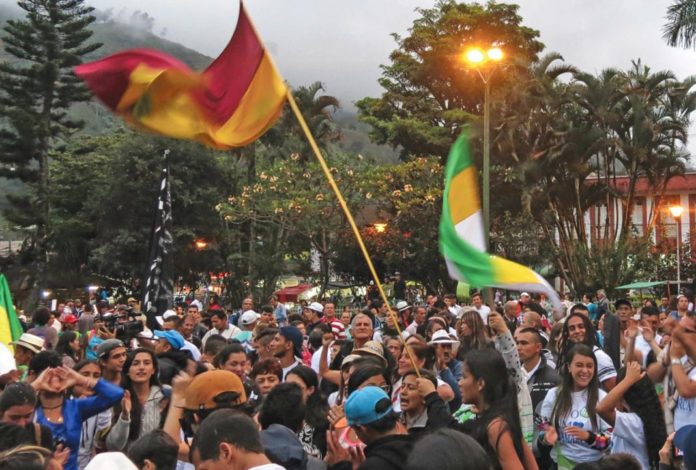 There is hardly any doubt that humanity is facing an enormous environmental crisis. UNICEF claims over 300 million children are living in parts of the world where levels of outdoor pollution are toxic. More than 1.2 billion people worldwide lack access to clean drinking water.

Every year, at least one million sea birds and 100,000 sharks, turtles, dolphins and whales die from eating plastic. The planet is warming at a pace not experienced within the past 1,000 years.

Scientists have been warning for decades that human actions are pushing the planet toward a sixth mass extinction. 99.9% of all species of plants and animals that ever lived are now extinct.

The Earth will be without trees in the next 300 years. To make matter worst, the bee is officially on the endangered species list (for the perspective, one third of all our foods are dependent on bees).

Despite the grim reality, a bleak future, and climate call to action for the sustainable development goals, world leaders are unwilling to put environment before profit and corporate rights.

However, a small town of Cajamarca in Colombia’s Tolima province is leading the charge in putting the planet before profit —  by choosing clean water and green mountains over La Colosa, a massive $35 billion gold mine project by South African enterprise AngloGold Ashanti.

In a recent referendum, 98.8% of the residents in Cajamarca voted against the proposal for one of the world’s largest open-pit excavations — more than twice the size of New York’s Central Park — due to concerns over the environment and water pollution.

Only 76 residents of Cajamarca voted in favor of the mining project, while 6,165 of the town’s 19,000 inhabitants voted against the $2 billion potential investment that could yield 28 million ounces of gold from what could have been the biggest gold mine in South America.

The farming town of Cajamarca would rather continue to cultivate their beans, bananas and arracachas, the carrot-like vegetables they regard as gold of their own, The Wall Street Journal reports. In a binding legal referendum, they opted to ban all mining, fearing it will contaminate the water, destroy the mountains and hurt their community.

Robinson Mejia, a 28-year-old forest engineer who leads an activist group in Cajamarca that ran the anti-mining campaign, told the newspaper: “I understand that the idea is to generate riches, but at what cost? The big error here is [they are] trying to put up a mining operation in a territory where people really value the land they have.”

The national government has been promoting the gold mining project as vital to the recovery from its long war with Marxist rebels. Even as Cajamarca’s anti-mining campaign and referendum sets an extraordinary precedent, the government is playing down the impact of March 26’s vote with Mines and Energy Minister German Arce insisting the town’s decision could not be applied retroactively – as AngloGold Ashanti had already been issued an exploration license.

“The referendum vote would not affect foreign investment in Colombia’s mining sector. We’re not talking about an open-air mine here. Nor are there a hundred rivers at risk.”

Arce’s deputy, Carlos Cante, urged the mayors to marshal support for mining projects because they generate royalties and tax revenues. “There are no anti-mining communities in Colombia, only people scared and misinformed by the political activism that has been generated against mining.”

AngloGold, which has invested $900 million into Colombia since 2002, maintains the project will not pollute ground water: “We regret that because of a badly laid-out debate about mining in Colombia, the country and the region are now at risk of not receiving the benefits of well-done and responsible mining.”

Though the government as well as AngloGold argue that La Colosa would be better for Colombia than the unlicensed miners who are blamed for wreaking environmental damage, a 2013 report titled, LaColosa: A Death Foretold, described the alarming outcomes of the mining project in detail. Excerpts:

“La Colosa would produce a potential 100 million tons of unprocessed waste rock during its period of operations, which could end up being deposited in valleys adjacent to the mine, and if not there, then somewhere else. It is highly probable that the waste rock would contain sulphides, and would therefore present a high risk of emitting Acid Mine Drainage (AMD) into the environment – that is acidic waters containing high concentrations of dissolved toxic heavy metals.”

This article (Colombian Town Puts Planet Before Profit, Votes NO to Mammoth $35 Billion Gold Mine) is a free and open source. You have permission to republish this article under a Creative Commons license with attribution to the author and AnonHQ.com.