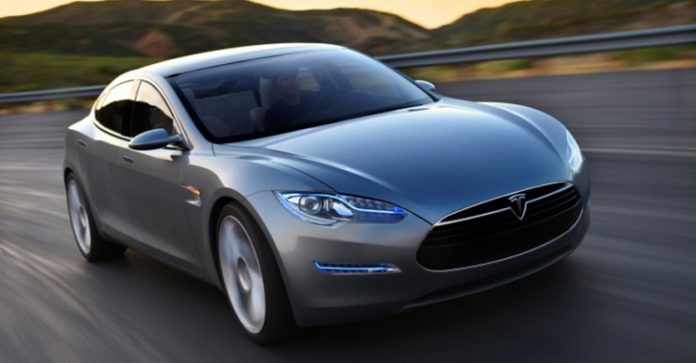 (ANTIMEDIA) Riding a sudden wave of confidence about the soon-to-be-launched Model 3, Tesla, Inc.’s stock surged upward over the weekend, putting it above Ford in terms of market value.

On Sunday, Tesla reported its first quarter deliveries for 2017. The numbers were on the high end of what analysts were expecting. The electric carmaker has delivered 25,000 vehicles so far this year, up 69 percent from the same period in 2016.

Tesla previously forecasted it would deliver around 50,000 vehicles by the middle of 2017, and the first quarter numbers indicate the company will hit its mark.

That tells investors that Tesla is probably on track with its launch of the Model 3, set to go to market later this year. As such, Tesla’s stock spiked to an intraday record of $294.15 on Monday.

The stock’s surge upward puts Tesla’s market capitalization at more than $47 billion, placing it above Ford’s $44 billion. Now General Motors, at $51 billion, is the only car manufacturer in the U.S. with a higher market value.

The Model 3, a sedan, will cost around $35,000. That’s about half as much as the cheapest Model S. The Model 3 is simpler and easier to make, and production will be heavily automated. The lower costs have analysts predicting a significant increase in Tesla’s overall sales.

Confidence in Tesla’s numbers, coupled with high expectations for the Model 3, have driven the company’s shares up 30 percent since the beginning of the year.