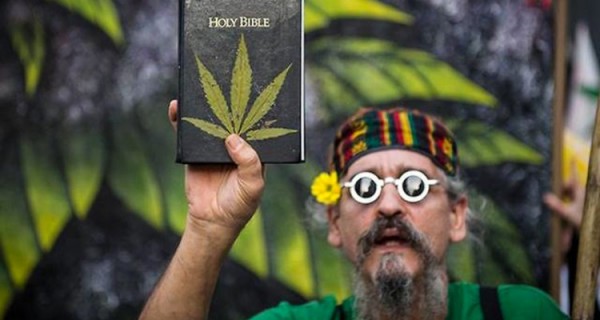 Indiana, a mid-western state of the United States of America known for its farmland, has officially recognized the Church of Cannabis as a legitimate religious body.

The church is said to have gotten the legitimacy following the Religious Freedom Restoration Act (RFRA), which has allowed LGBT people to practice any religion of their choice without harassment and intimidation. The church was granted legitimacy on the 20th of April this year, and it is now “a visible religion for worshippers of Cannabis to congregate.” It held its first service on July 1, just one minute after the Religious Freedom Restoration Act took effect. Members of the church are called “Cannetarians”.

To boost the church’s activities, it is said the Internal Revenue Service in the state has granted the church tax exemption. This is because the church adheres to the characteristics of any other church, such as a distinct legal existence, a recognized creed, and regular congregations of its own.

“Somebody at the IRS loves us because we got it back in less than 30 days,” the church reportedly posted on its Facebook page. The supreme leader of the church [the Grand Pooba], Bill Levin, revealed that when the church applied for legal status, it was granted by the state the same day the RFRA was signed.

As it stands now, the church is established as a religious corporation, and is recognized by law as The First Church of Cannabis Inc.

It is also said that cannabis is the church’s holy sacrament. The church’s tenets include love, equality, compassion and a prosperous way of life. The church is also said to have raised over $15,000 in two months, with more than 700 backers on a GoFundMe campaign. The minimum donation for the campaign was appropriately $4.20. The money will be used to buy an existing church or build one with “Hempcrete,” a material similar to concrete that has hemp infused in the mixture.

According to the Plaid Zebra, Grand Pooba Levin plans to grow hemp, and adhere to a “Diety Dozen,” similar to a contemporary version of the 10 commandments, ranging from “Don’t be an asshole,” to “Do not be a ‘troll’ on the Internet,” to “Cannabis is our sacrament.” Levin believes that this church promotes love, equality, compassion and a prosperous way of life. Levin also plans to set up an alcoholics anonymous and heroin counseling program, to help those suffering with addiction find a community within the church.

According to statistics, more than one million people legally use marijuana for medicinal purposes. Levin believes marijuana is “the Healing Plant,” and has stated that those who are members of his church embrace it with their whole heart and spirit.

Levin told MSNBC in an interview, “We are celebrating life, love, community involvement, and we are doing all the things that churches are supposed to do. Because we embrace the cannabis plant as our sacrament doesn’t mean we’re sad people.” But despite the church being recognized publicly, cannabis is still illegal in Indiana. By state law, possession of cannabis is considered a misdemeanor, and can result in offenders receiving up to 6 months in jail or a fine of $1000.

Therefore, members of the church are not allowed to buy, sell or practice marijuana in the Indiana State.

This Article (Confirmed: Church Of Cannabis Gets Recognition As A Religious Organization In Indiana) is free and open source. You have permission to republish this article under a Creative Commons license with attribution to the author and AnonHQ.com.