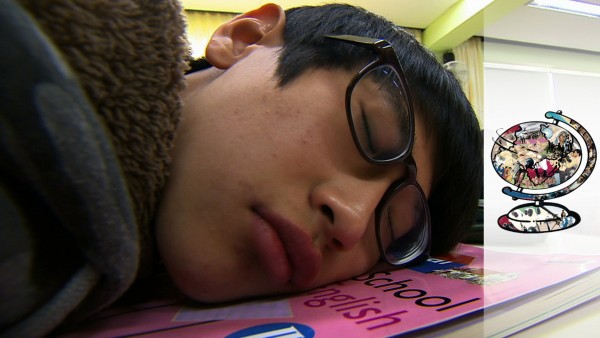 It is highly valued to be an academician in South Korea. Its society has placed so much emphasis on academic achievement, that it makes those who are unable to achieve such a feat feel as if they are non-entities.

It is said South Korea’s 15-year-olds have the highest reading scores among developed countries. They ranked third in proficiency in science and mathematics, and more than 80 percent of them will go to college.

However, according to researchers, the above envious statistics are not without a dark side. South Korea’s youth has one of the highest suicide rates in the world. In fact, as a whole, researchers have said suicide is the leading cause of death among the country’s population aged between 10 to 24. It will amaze you to know that in 2013, South Korea was considered the suicide capital of the world. In South Korea, the suicide rates of those aged 10 to 24 is said to be 9.4, but comparatively, the average suicide rate for the same age range of nations within the Organization for Economic Cooperation and Development is at 6.5.

It is also said that from 2001 to 2011, the number of suicides among the country’s youth has increased by 57 percent, rising at a steeper rate than those of adults.

In addition, it has been confirmed that academic pressure is the cause of youth suicides in South Korea. This is a confirmation from a research paper that thoroughly analysed the problem. In 2008, a 10-year old student in Gwangju, committed suicide (Schwartzman, 2008). The day before, the boy had cried publicly over his declining academic performance since his last midterm examination (Schwartzman, 2008). In 2011, the Korea Advanced Institute of Science and Technology suffered four instances of student suicide (Kim, 2011); an academic pressure is cited as the main cause (Kim, 2011). In the same year, a 16-year-old student in the city of Mokpo, set himself on fire on a public street (AFP, 2011). The note he left behind cited poor test scores and fear of disappointing his parents as the reasons for taking his own life (AFP, 2011). In 2012, 139 South Korean students committed suicide; for these cases, family conflict, depression, and exam stress were the central triggers (AFP-JIJI, 2013). In general, fear of parental disappointment and feelings of academic inadequacy are traits shared among the majority of student suicide cases.

These are several of the many cases of student suicide in South Korea. The head of Seoul’s Visang Education Research Center, Park Jae-Won, said in 2011, “Many parents push children to study at an increasingly earlier age regardless of their brain development … even causing depression or attention deficit disorders as a result.”

It is said, competition that used to begin in high school now begins in elementary school, making many of those who see themselves as losers on the academic ladder end their lives prematurely.

Journeyman Pictures, has therefore put together a documentary exploring the issue beyond the statistical data. The journalistic film includes comprehensive coverage of the people of South Korea, as well as their culture, values and ideals. The South Korean Suicide Epidemic, will show you what life is like for a student in South Korea, through the eyes of South Korea’s youth.

This Article (Watch How Academic Pressure Is Pushing South Korea’s Youth To Commit Suicide [Video]) is free and open source. You have permission to republish this article under a Creative Commons license with attribution to the author and AnonHQ.com.