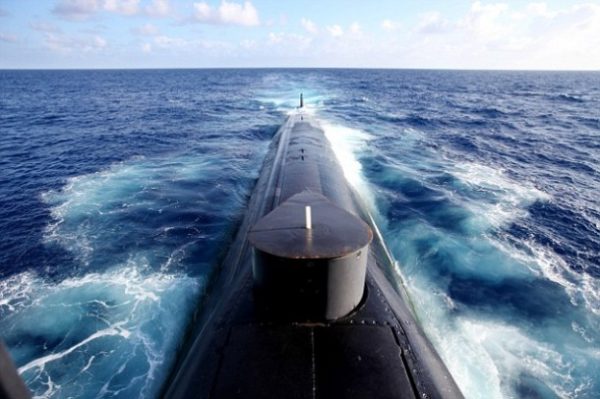 In 2015, some alternative media reported extensively on the how the United States has turned one of its submarines – the USS Annapolis – into a complex cyber-offensive facility under international waters.

The moveable nature of the undersea ship makes it effective for the United States to hack into countries that have access to the sea, analyzing the data instantly.

According to the United States Defense Department, the mission of the USS Annapolis is to boost the country’s security, serving as a defense shield for any external attacks that may come under the sea against the United States. Technically, the machine is responsible for tracking and killing enemy submarines, as well as surfacing ships when things go wrong. This is what the American public has been informed about the work of the USS Annapolis. But in 2013, whistleblower Edward Snowden disclosed that the Annapolis has an in-built computer network exploitation toolkit, –  a portable hacking platform that spies on any designated target, ranging from another country’s military troops, its infrastructure, or underwater communications cables. According to Snowden, the ship has completely abandoned the mission of which it was initially built, and has now taken a complete new mission, spying.

This revelation made by the former contractor of the National Security Agency made some concerned journalists track the activities of the USS Annapolis, to verify that the country has indeed deployed the huge machine under the sea to spy on other nations.

In 2014, when the Annapolis returned from a mission in the Middle East, some investigative journalists tried to ascertain the mission of the ship during that trip. However, no official statement from the Defense Department, or anybody from the Armed Forces, including the Navy answered the numerous requests made by these journalists.

The journalists were still determined to pursue the issue. In early July, top officials from the Navy division of the Armed Forces met with journalists in Washington for a news conference on how it is protecting the country’s sea borders.  It was during this meeting that an official from the Navy, mistakenly confirmed the country’s use of submarines as cyber weapons against other countries. A journalist deliberately asked the Navy official present at the news conference, whether the United States has submarines that are capable of carrying out cyber warfare by intercepting communications of a target enemy. The Program Executive Officer for Submarines, Rear Admiral Michael E. Jabaley answered the journalist: “There is an offensive capability that we prize very highly, and this is where I can’t talk about much, but suffice to say that we have submarines out on the frontlines that are very involved at the highest technical level with doing exactly the kind of things that you would want them to do.”

The Director of Undersea Warfare Division (N97), Rear Admiral Charles A. Richard was also present at the news conference. He tried to hide the revelation made by Admiral Jabaley, but it was too late. The Washington Post followed up on the revelation made by the Navy top official. On July 30th, the Post published an article revealing that the United States submarines are equipped with powerful antennas that are capable of intercepting and even manipulating other people’s communications, especially unencrypted traffic. It was revealed in the article that the USS Annapolis is the ship leading this hacking mission of the United States. The article further revealed that the United States is currently planning to expand the cyber capabilities of its submarines with drones, thus, broadening the scope of its spy mission.

Already, it is said the Air Force division of the Armed Forces has started testing its modified EC-130 airplanes as portable hacking platforms. Observers say all these are part of the country’s complex spying structure, in order to stay on top of the world.

This article (Confirmed: United States Switches to Using Submarines as Portable Hacking Platforms) is a free and open source. You have permission to republish this article under a Creative Commons license with attribution to the author and AnonHQ.com.