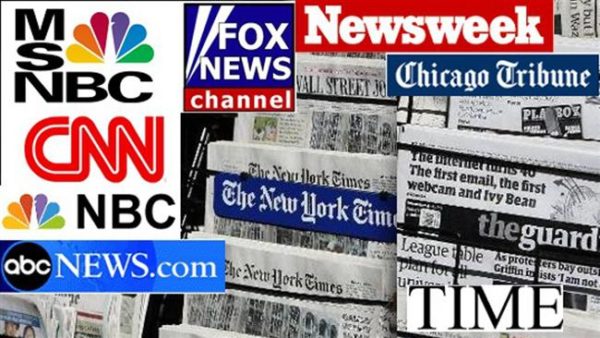 The Cable News Network (CNN), a mainstream news network, has claimed that an anonymous source within the United States’ Secret Service recently disclosed hacking concerns to the network. The source revealed that hackers, who are claimed to be working for the Russian intelligence service, targeted reporters at The New York Times, and other news organizations in the country.

According to CNN, the source said the cyber breach at The Times and other media outlets was recently detected, only after the governing body of the Democratic Party – the DNC – was hacked, causing confidential emails leaked to WikiLeaks for publication. CNN said officials at The Times have become very disturbed about the cyber breach on its internal servers, and has now hired private security investigators to work with national security officials to assess the breach. CNN further revealed that the FBI and other security agencies of the United States have been tasked to investigate the issue. The network quoted the unnamed source in the Secret Service, accusing Russian hackers of targeting news organizations, suggesting this as a part of a broader series of hacks also focusing on the DNC.

Although the United States government has not officially blamed Russia for hacking organizations and institutions in the country, intelligence officials have attempted to make the American public believe that Russia has launched a cyber war against the country.

According to intelligence officials, Russian spy agencies are using a wave of cyber attacks, including against think-tanks in the country, to gather intelligence from a broad array of non-governmental organizations with insight into the American political system. Officials believe news organizations are considered top targets, because they can yield valuable intelligence on reporter contacts in the government, as well as communications and unpublished works with sensitive information. However, reacting to the CNN claim that it has been hacked, The Times said email services for employees are outsourced to Google. Spokeswoman for The Times, Eileen Murphy said the news outlet had seen no evidence that any breaches had occurred on its internal systems.

She said: “We are constantly monitoring our systems with the latest available intelligence and tools. We have seen no evidence that any of our internal systems, including our systems in the Moscow bureau, have been breached or compromised.” Ms Murphy further said The Times had not hired private investigators to investigate any breach of its cyber systems, refuting the CNN report.

To even add to the confusion, the FBI has declined to comment on the issue. The Secret Service CNN claimed to have obtained the information of The Times being hacked, also refused to comment. The Sydney Morning Herald reports that this is not the first time hacking allegations against the United States media have occurred. According to The Herald, the Syrian Electronic Army – a group of hackers – attacked The Times in 2013. Other U.S. media outlets were also targets. Also, Chinese attackers reportedly infiltrated The Times that same year.

Ever since WikiLeaks published damning emails of the DNC, revealing bias of top Democratic Party officials against Bernie Sanders while working to ensure that Hillary Clinton secured the party nomination, fears have increased on possible cyber breaches against other U.S. institutions and organizations. After this Clinton team statement at a news conference, Trump called on Russia to release all emails it might have hacked from Clinton during her tenure as Foreign Minister of the United States, under the Obama administration. Although, Trump later said he was being sarcastic, the American media has since taken him on for his words. The media have since tried to find out whether Trump really has links to Russia. Some media factions have suggested that Trump is afraid to make his tax returns public, possibly highlighting links to Russian individuals and companies.

This article (Confusion Rocks U.S. Mainstream Media as CNN Claims Russian Hackers are Targeting Journalists) is a free and open source. You have permission to republish this article under a Creative Commons license with attribution to the author and AnonHQ.com.