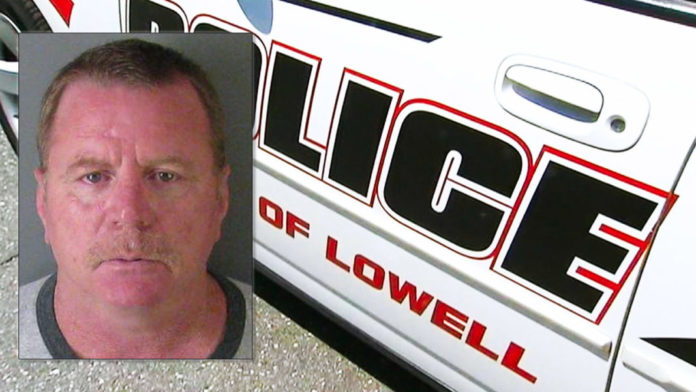 A cop who had been arrested for impregnating a 14-year-old-girl, claiming that he was mentoring her in an attempt to show her “policemen are good,” has pleaded guilty this week and faces as much as 19 years behind bars. Former Officer James Blair was charged with statutory rape after impregnating the 14-year-old. It was discovered after the young girl told her mother that she was pregnant with Blair’s baby.

Blair had initially come in contact with the girl after she ran away from home. After returning, Blair told the girl’s mother that he wanted to take both of her children, including her son, on ride-alongs. Blair began to see both children, but suddenly asked to only see the woman’s daughter. It was at this point that Blair raped the child, causing the pregnancy. According to the girl’s mother, he would visit and text her daughter often. She felt uncomfortable about the relationship but felt that it was innocent as Blair was an officer. The mother saw text messages that made it clear who the father was. “If you keep that baby I’m done and you know it,” read one of the messages. Another said “Do whatever you wanna do, just remember I love you and name it after me.” The messages were enough to start an investigation. Blair attempted to speak with the child’s mother. According to her, “He told me he took her virginity. He told me it was his baby. He told me things happened and he said he was so sorry. And he kept saying, ‘Please forgive him’.”

The mother sat through the court proceedings and was pleased with the outcome. “I’m happy with what happened in there, because he kept contacting my daughter through jail. My daughter is going through so much she’s really hurt. He manipulated my daughter, he manipulated my family. My family is upside down but we’re trying to pick up the pieces and trying to move on.” The one thing that the girl’s mother was certain of was that Blair has done this before. “In my heart, I know there’s other victims. Please come forth so we can put an end to all of this.” Blair was sentenced to a minimum of 12 years in prison with a maximum term of 19 years. He will also be required to wear an ankle monitor for the rest of his life upon release and is prohibited from contacting the victim. Unfortunately, this kind of story isn’t rare anymore. After unlawful killings, sexual crimes – particularly against children – have been on the rise among current and former police. Hopefully more of Blair’s victims will come forward.

This article (Cop Pleads Guilty to Impregnating 14-Year-Old Girl) is a free and open source. You have permission to republish this article under a Creative Commons license with attribution to the author and AnonHQ.com.