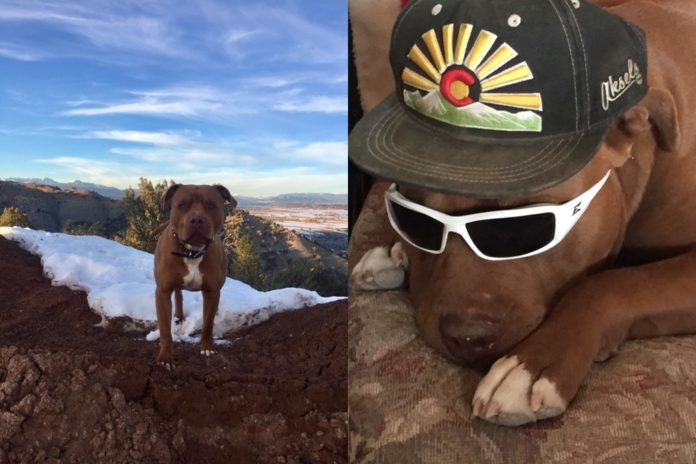 (Anti Media) A family in Durango, Colorado, is hoping for justice after police fatally shot their family dog, Dozer, at their home in October. Neil Anderson and Kerry Doyle, along with Doyle’s children, are seeking compensatory and punitive damages against three state troopers — Gablin Watkins, Randy Talbot, and Josiah Fuller, as well as the Colorado State Patrol.

A lawsuit filed last Monday in the U.S. District Court in Denver alleges that state troopers unlawfully entered the property of Neil Anderson and Kerry Doyle and negligently discharged a weapon just 50 feet from and in the direction of the family, killing Dozer. The suit cites Fourth and Fourteenth Amendment rights violations.

On October 11, 2017, state troopers Watkins, Talbot, and Fuller investigated a car crash involving Doyle’s son, Porter Williams. After running the registration, the vehicle came up as belonging to Williams’ father, who lives on the same road as Doyle and Anderson. When the officers were unable to enter the locked gate at Williams’ father’s home, one of the troopers recalled seeing a piece of paper inside Porter Williams’ vehicle at the tow yard with what he thought had the gate’s entry code written on it. Kristina Bergsten, Anderson and Doyle’s attorney, alleges that at no time did the troopers “place an administrative or police hold on the Jeep at the tow yard in order to make contact with the driver of the involved Jeep,” Porter Williams.

Rather, the troopers left for the tow yard and returned to the house the next day. Porter’s father met with the troopers on his property down the road and, before taking them to the correct property, twice told the troopers to call before going back to Anderson and Doyle’s residence so they could put Dozer away.

Trooper Watkins forbade Williams’ father from calling because he did not want Williams to “run” or “hide” even though Anderson, Doyle, and Bergsten claim that “there was no basis for such a claim.”

The three state troopers and Williams’ father walked down the driveway towards Anderson and Doyle’s house, where the children were skating outside. Moving past a lower locked gate at the beginning of the property marked “No Trespassing,” as well as a second locked gate near the home marked “Beware of Dog,” the troopers walked towards the house.

It is not clear in the lawsuit whether the troopers used the gate code found in Porter Williams’ vehicle, or if Williams’ father led them past the gate.

Dozer, their six-year-old Staffordshire bull terrier laying watching the children skate, got up from under the tree next to the family’s skate ramp and moved toward the troopers, who were approaching the house.

Bergsten told Anti-Media in a phone call that the trooper’s report indicated Dozer “trotted towards” the troopers.

Noticing that Watkins was reaching for his gun, Anderson yelled out to the officers “No, that’s my- Hey, hey, hey! No, no, no! No, don’t!” Fuller also drew his firearm, moving laterally from behind Watkins to get a shot. Talbot initially reached for his gun but decided to pull his taser, repeatedly shouting “Taser!” at the others.

Even as the three state troopers ran around the driveway, juking and spinning from the dog, Anderson and Doyle allege that “at no time did Dozer act in an aggressive manner.”

State trooper Watkins shot three times towards Dozer, hitting Dozer twice and sending one bullet towards the ground in the direction of the children at the skate ramp.

After he was shot, Dozer let out a cry, turned around, and ran to hide under the wooden ramp where Doyle’s kids stood in horror. Bleeding from his mouth due to the two gunshot wounds, Dozer laid down as Doyle attempted to apply pressure and save the dog.

Initially, Dozer survived, but Anderson and Doyle had to have him euthanized three weeks later.

The court date and amount of damages the family is seeking are to be determined. According to Colorado State Patrol Captain Adrian Driscoll, Watkins remains on active duty. Police have otherwise declined to comment on the case until it is resolved.