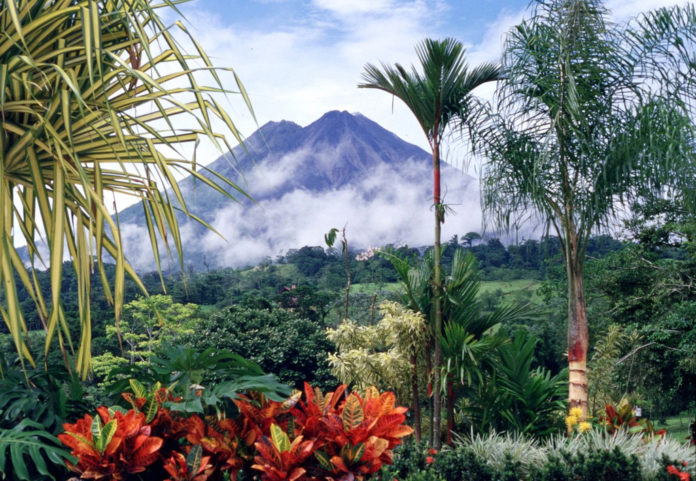 As mankind has evolved into the civilized society we know today, our planet has undergone a number of environmental changes. The correlation between the modernization of a nation and its impacts on the environment have been evident since the industrial revolution.

The country of China is likely the most evident example of this trend. After the founding of the People’s Republic of China, the nation set out on a path of development and modernization.  China completed the development process within the time of one generation, around 30 years. In comparison, the West completed the same process within 200-300 years.

In recent years, China’s development process centers highly around industrialization, application of information technology, urbanization and agricultural modernization – but at what cost? Today, China is home to some of the world’s most polluted cities.

However, despite this looming trend, the Central American nation of Costa Rica has demonstrated that modernization doesn’t have to be achieved at the cost of the environment. In fact, Costa Rica is one of a handful of nations trying their hardest to tackle the greatest feat man kind has ever faced: Climate change.

While the nation has a history of deforestation – a topic which we will return to shortly – the country’s recent efforts to tackle climate change are admirable. Costa Rica’s largest provider of electricity almost entirely relies on hydropower, and can go months without burning any fossil fuels. In the first quarter of 2015, for example, Costa Rica ran entirely on energy from renewable sources. To help put the impact of this decision into context, Costa Ricans create a tenth of the emissions of people in the United States.

In addition to adopting clean-energy solutions, the Central American nation also aims to tackle transportation pollution. Typically, when nations move from an agricultural economy to a manufacturing and service economy, people move to the city in search of opportunities and jobs; Coast Rica is no exception. As more people moved to the country’s capital, San Jose, the number of cars on the cities undeveloped road systems doubled to more than 1 million between 1993 and 2014.

It is estimated that transport pollution has boosted emissions by almost one-third. To tackle this pressing issue, the nation is debating a vehicle carbon tax as part of a larger plan to get rid of high-polluting cars and become carbon-neutral by the year 2022.

“Everyone knows this is one of our biggest challenges,” says Pascal Girot, climate coordinator for Costa Rica’s energy ministry. “If we don’t act, it will be worse later and cost more.”

Costa Rica is renowned for its protected jungles, which makes up a quarter of the country’s landscape, and is considered a hub of wildlife biodiversity. However, the Central American nation has had a troubling relationship with their rainforests.

In the 1800s, and continuing through to the 1960s, the government of Costa Rica distributed land among its citizens. This created a large class of free farmers, who were able to earn their own living without the pressures of social elites. Although this decision helped the people of Costa Rica build a stable life for themselves, the nation’s rainforests suffered the effects of the agricultural boom. In the 1970s, Costa Rica become one of the most deforested nations in the world.

Starting before the 1900s, under the country’s relatively democratic government, money was poured into education, health and agriculture. This government investment was an unusual course of action; typically, when a nation’s economy grows, the wealth is captured by a select number of people while the rest of the population remains poor.

However, this investment allowed the people of Costa Rica to make an important life choice: use their money and education to get a well paid job in the city, or alternatively, stay in the countryside and grow their business. While many people moved to the cities, those who stayed behind used their education and money to organize themselves into cooperatives that manage the market of their crops, giving them political influence.

CoopeTarrazú, for example, is a cooperative of some 400 coffee bean farmers. Collectively the farmers own most of the value chain for their coffee. The farmers manage the crops, the harvest and the production process before selling the beans to companies like Caribou Coffee. The creation of such institutions have made politicians in the country more inclined to help the farmers that are helping to strengthen the nation’s economy.

“The government doesn’t do anything affecting coffee without consulting us,” said Félix Monge, CoopeTarrazú’s field and business manager.

Today, the nation of Costa Rica has progressed on the path to modernization, steadily transforming the country’s poor subsistence farming economy into a modern economy. A total of 86.9 per 100 inhabitants have mobile broadband subscriptions; the literacy rate is 97.8 percent; around 98.3 percent of households have access to clean water, and the country has universal health care. Surprisingly, this has been achieved whilst also attaining a reputation as one of the cleanest nations in the world.

From this analysis, it is clear to see that many of the world’s superpowers – and even smaller nations – could benefit significantly by following Costa Rica’s lead by putting the needs of the people and the environment before the social elites and corrupt corporations that govern these nations with alternative agendas.

This article (Costa Rica Proves Modernization Does Not Have to Destroy the Environment) is a free and open source. You have permission to republish this article under a Creative Commons license with attribution to the author and AnonHQ.com.