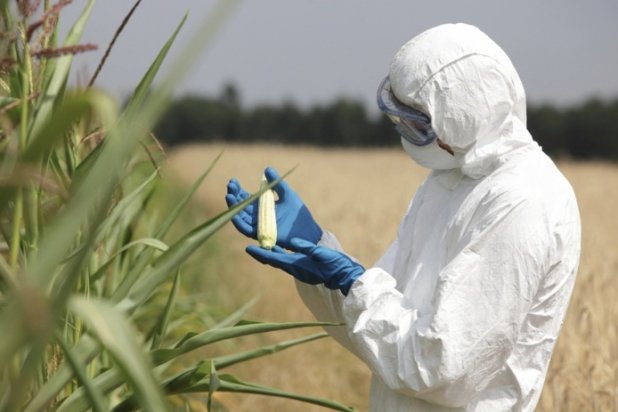 The US Court of Appeals ruled last Friday that federal law does not prohibit states and counties from passing local laws regulating and banning genetically modified crops.

This past Friday, the US Court of Appeals for the Ninth Circuit issued a highly anticipated decision on whether federal and Hawaii state laws supersede the authority of individual counties to regulate the use of genetically modified crops and pesticide use. Hawaii, though many Americans don’t know, has been at the center of the GM debate for years as major GM seed and chemical companies have used the archipelago for “research and development” for over two decades. Though product testing and development sounds nice enough on paper, in practice it has allowed these companies to spray 17 times more restricted-use insecticides and pesticides per acre than is recommended for farmland in the continental US. In 2012 alone, 18 tons of agrochemicals, including atrazine and paraquat (both banned in Europe), were applied to the island of Kauai, with an area of less than 600 square miles. Local Hawaiian doctors as well as local residents have blamed the excessive use of pesticides for a spike in birth defects. “Your eyes and lungs hurt, you feel dizzy and nauseous. It’s awful,” middle school Special Education Teacher Howard Hurst, told the Guardian. “Here, 10% of the students get special-ed services, but the state average is 6.3%,” he says. “It’s hard to think the pesticides don’t play a role.”

The Court of Appeals decision was anxiously anticipated by many of Hawaii’s residents, particularly those who live in the shadow of Monsanto, Syngenta, and Dow Chemical research farms. The court ruled that federal law does not prevent state or local governments from passing local laws which regulate or ban the commercial growing of GM crops. In its decision, the court recognized the potential damage that the widespread planting of GM crops causes to both farmers and the environment, saying that “the cultivation and testing of GE [genetically engineered] plants raises several well-documented concerns.” The court also noted that “transgenic contamination has previously caused significant economic impacts on farmers of conventional, non-GE crops.” The ruling also acknowledged that the “cultivation of GE crops also may raise environmental concerns, such as harm to beneficial plants and animals caused by the increased use of pesticides sometimes associated with testing and growing GE crops, the proliferation of ‘superweeds’ and other pests resistant to pesticides, and the reduction of biodiversity.” Ultimately, they declared that “The regulation of commercialized crops, both of GE and traditional varieties, remains within the authority of state and local governments.”

Though the decision will be seen as a victory for local and state governments elsewhere, it will do little to help communities in Hawaii that were hoping to regulate or ban GMOs and experimental pesticide use. The court also ruled that under Hawaii state law, counties and municipalities do not have the authority to regulate or ban GM crops unlike other states. In Hawaii, such authority rests with the state alone due to existing state legislation on the matter. Earth Justice attorney Paul Achitoff expressed his disappointment with the court’s “misinterpretation” of Hawaii law, saying that “the decision leaves Hawaii unprotected from the harms the Ninth Circuit acknowledged. We believe that when Hawaii’s state courts have an opportunity, they will reject the Ninth Circuit’s conclusion on this point and allow Hawaii’s people to protect themselves, since the State certainly hasn’t protected them.”

In addition, the court also ruled that the US Department of Agriculture (USDA) is the sole authority that can regulate field trials and experimental GM crops, which never state or local governments can ban or regulate. This will be yet another blow to Hawaii’s communities who have fought for years to regulate experimental pesticide use throughout the islands. Though the ruling will be heralded as good news by other states and local governments, Hawaiians must continue fighting on to counter the powerful influence of agrochemical and GM seed companies in their state government before real change can come.

This article (Court Rules Local Governments Can Ban GMO Crops In Spite Of Federal Laws) is free and open source. You have permission to republish this article under a Creative Commons license with attribution to the author and TrueActivist.com