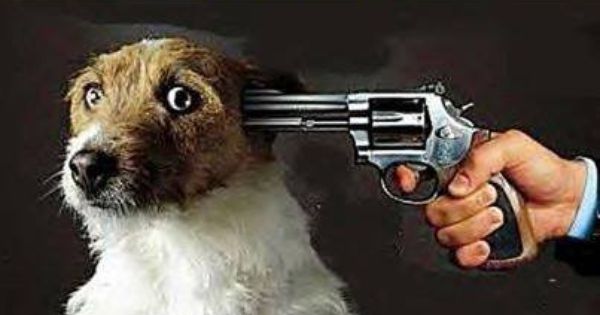 A Michigan Court ruling has given police the green light to murder your dog if it barks or moves when they are in your house. Battle Creek Police raided the home of Mark and Cheryl Brown, who were accused of no crime. The police were there, searching for evidence of drugs, due to the actions of someone not even in the family or on scene. Within moments of entering, the police murdered both of the Brown’s dogs without provocation. The judge handed down his ruling, denying the family claims and setting a dangerous precedent for dog owners. “The standard we set out today is that a police officer’s use of deadly force against a dog while executing a warrant to search a home for illegal drug activity is reasonable under the Fourth Amendment when, given the totality of the circumstances and viewed from the perspective of an objectively reasonable officer, the dog poses an imminent threat to the officer’s safety,” stated Judge Eric clay of Michigan’s 6th Circuit. His decision doesn’t change law, it sets case law. Something that can have further reaching implications. Case law is a legal clarification of sorts. In this case, the Browns attested that murdering their dog was an unlawful seizure of property. The judge disagreed. His decision was based on his belief that the plaintiff failed to make their case. What the judge actually said was that the officer is allowed to use deadly force against a dog that poses a threat to the officer. Nothing has changed, however, now police are aware of the ruling and have a greater ability to articulate “the fear” that the dog instills in them. The kicker in this case is that it hinged on the ability of the Brown family to prove that the first dog killed “didn’t bark.” According to the judge, the first dog barking is what prompted the domino effect that led to both dogs being killed. The Browns had to prove the dog didn’t bark – a near impossibility. The judge justified the killing of the second dog by saying, “Officer Case saw that ‘there was blood coming out of numerous holes in the dog, and … [Officer Case] didn’t want to see it suffer,’ so he put her out of her misery and fired the last shot.” The Browns continue to assert their dogs demonstrated no aggressive behavior and that killing their pups has put a great strain on their family.

This article (Court Ruling Says Cops Can Kill Your Dog for Moving or Barking) is a free and open source. You have permission to republish this article under a Creative Commons license with attribution to the author and AnonHQ.com.