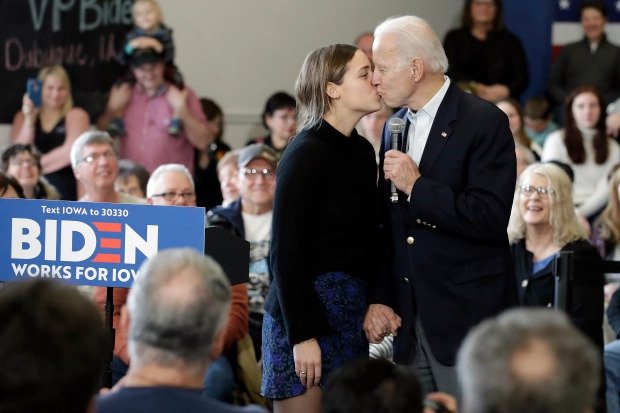 Title image: Joe Biden creeped out fans by kissing his teenage granddaughter at a campaign event in Iowa

THIS is the cringeworthy moment “creepy” Joe Biden tells a group of “beautiful young ladies” he wants to “see them dancing when they are four years older”.

The presidential candidate, 77, made the comments during a visit to the Little Haiti Cultural Center in Miami this month.

Video of his comments was shared on social media, with some saying Biden’s behaviour was “creepy”.

“These are the young girls that Biden wants to see dance in four years. Yikes,” one person tweeted.

Former NFL player Herschel Walker tweeted: “To Joe Biden and campaign, telling young African American girls ‘I want to see you dancing when you’re four years older’ is not only creepy but racist!”

In February, Biden creeped out his supporters by kissing his teenage grand-daughter granddaughter Finnegan on the lips during a speech at a campaign event in Iowa.

The teen, who is the daughter of Biden’s son Hunter, stood next to her grandfather as he hugged members of the crowd.

At one point the Democrat nominee could be seen kissing a toddler’s hand while walking through the crowd.

Several people took to Twitter to air their disgust at the politician.

Another Twitter user said: “Find you a man who kissed you like Joe Biden kisses his granddaughter.”

Beth Bourdon joked: “I would like a man to kiss me the way Joe Biden kisses his granddaughter.”

Last year Biden made a strange gag about having “permission” to hug a boy on stage.

But addressing electrical workers union members in Washington in April 2019, the politician appeared to make light of the allegations.

Biden invited a group of kids on stage because they had been seated on the floor during his speech, and then shook each child’s hand.

Placing his arm around the shoulder of one lad, he then quipped: “By the way, he gave me permission to touch him.”

Earlier he back-patted union president Lonnie Stephenson on stage and told the audience: “I just want you to know I had permission to hug Lonny.” 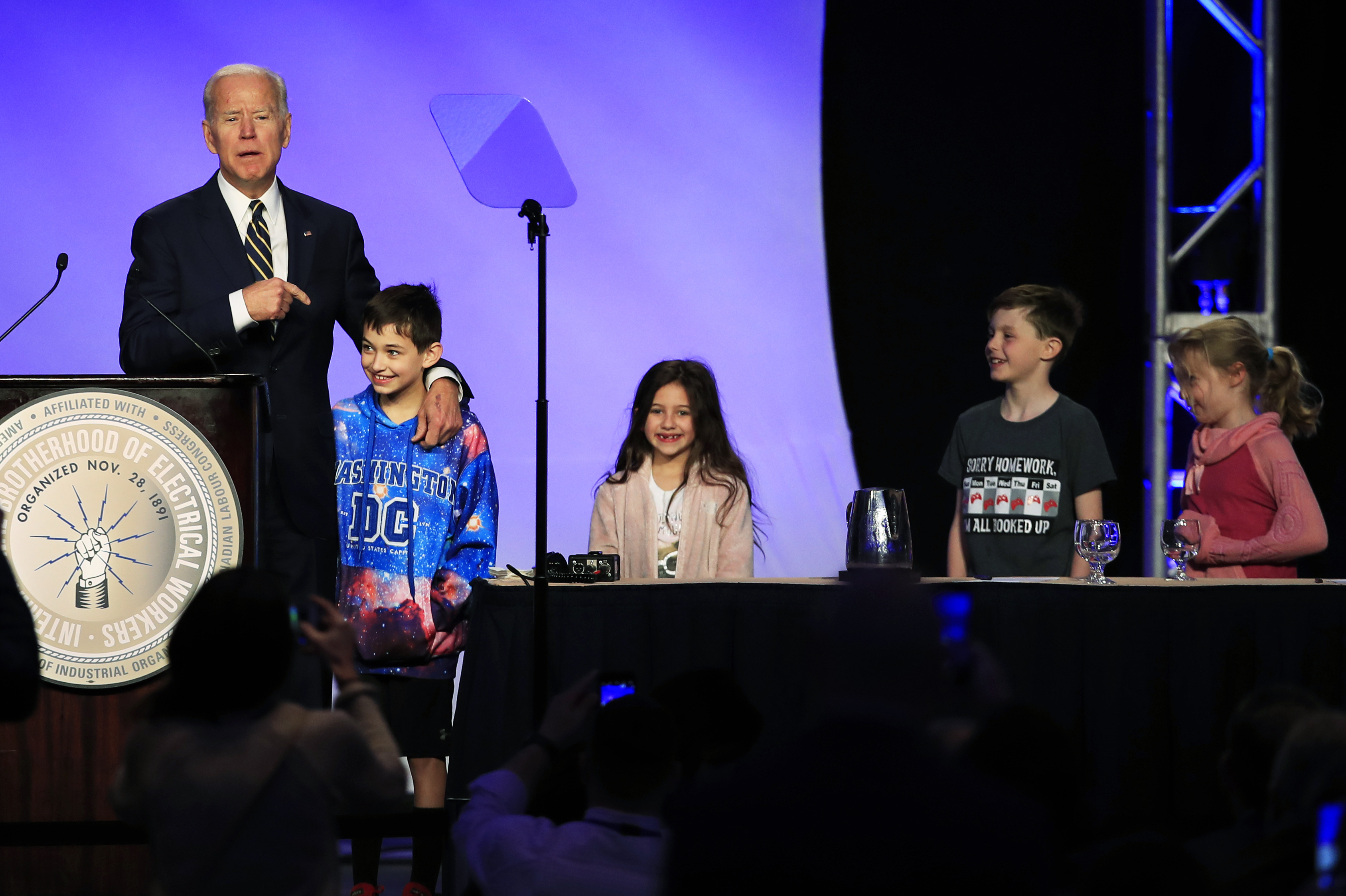