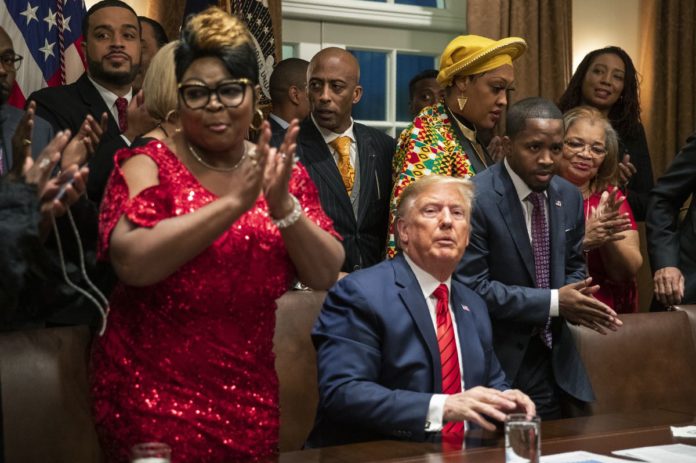 For close to four years, Donald Trump has claimed that he has done more for black Americans than any president since Abraham Lincoln. He notes the unemployment rate, opportunity zones, and the First Step Act, while ignoring the actions of presidents like Harry Truman, who integrated the military, and Lyndon Johnson, who signed the Civil Rights Act into law.

Surprisingly, however, Trump is not exactly wrong. He has been one of the best presidents for black Americans, just not for the reasons he thinks.

Unemployment rate for African Americans went as low as 5.5% in September last year – the lowest figure recorded since the US Department of Labor started collecting these statistics in the 1970s.

In 2019, the latest data available, the African-American poverty rate was 18.8% – which is the lowest on record, beating the previous year, since the official count began in the 1960s. 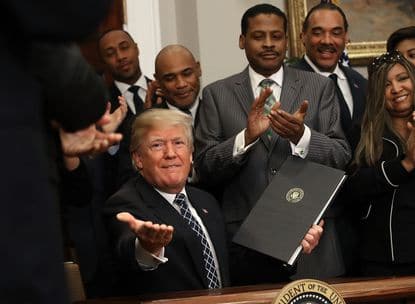 The policies that Trump has put forth have unquestionably helped African Americans. He recently signed an executive order on police reform and earlier signed the First Step Act into law. The measure reforms the criminal justice system and has resulted in the release of thousands of people from prison (90 percent of whom are Black).

In addition, Trump has increased federal funding for historically Black colleges and universities by 17 percent to a total exceeding $100 million — more than any president in history.

Trump also recently unveiled his Platinum Plan, which pledges to create 3 million new jobs in the Black community, open 500,000 new Black-owned businesses, and increase Black Americans’ access to capital by almost $500 billion over the next four years. Plus, want to designate the Ku Klux Klan as a terrorist group — something that President Obama never did.

Biden’s riddled history with harming policies for the Afro-Americans

On the other hand, Democratic presidential nominee Joe Biden has a history riddled with policies that have harmed African Americans.

For example, the 1994 crime law, which Biden helped author when he was a senator, incentivized local police departments to conduct more aggressive patrolling, creating mass incarceration of African Americans.

Biden was also directly responsible for a provision of a 1986 law involving crack cocaine, which came to be viewed as one of the most racially discriminatory sentencing policies on record. The law treated crack cocaine as significantly worse than powder cocaine. It ended up disproportionately punishing African Americans and sending them to prison, while allowing more lenient treatment for White Americans, who more often used cocaine in its powdered form.

During the presidential primaries, some prominent African Americans — including radio show host Charlamagne tha God — complained that Biden doesn’t have a plan for Black Americans.

But that doesn’t matter to Biden, who thinks Black voters should vote for him simply because he’s a Democrat, regardless of whether his policies benefit them. Or, as he said in May: “If you’ve got a problem figuring out whether you’re for me or for Trump, then you ain’t Black.”