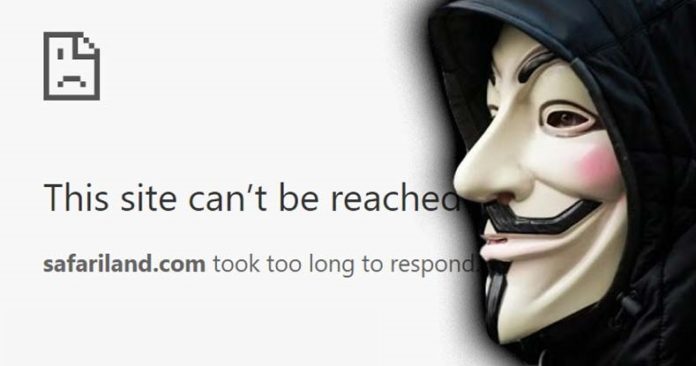 On Sunday, protesters at the DAPL clashed with police after they attempted to remove a barricade on the Backwater Bridge on Highway 1806 that was preventing emergency vehicles from reaching the Standing Rock Tribe. The Morton County Sheriff’s Department called the incident a riot, and claimed protesters had started dozens of fires in retaliation, however, many of the fires were started by police themselves when they flung tear gas canisters, and the fires that were started by land protectors, were controlled fires used to warm those who were shot with water cannons in the freezing weather. Morton County also tried to claim that land protectors were setting off explosions, even posting a photo of a propane tank on their website, however those present state the explosions were in fact caused by police who were using percussion grenades. Morton County denies the allegations, despite the physical evidence that was recovered the next day, including fragments of the grenades. Among those injured include a 13-year-old girl who was shot in the face with a rubber bullet, a man who was shot point blank in the belly button and kneecap, reportedly as the officers smiled at him, and two elderly tribe members who went into cardiac arrest. Numerous others suffered from hypothermia.

Shrapnel from Morton County’s percussion grenades was also pulled from the arm of Sophia Wilansky, a 21-year-old protestor who was shot at close range by a grenade. Most of the muscle tissue between Sophia’s left elbow and wrist has been completely destroyed, along with two major arteries, and she may have to undergo an amputation. Her father, Wayne Wilansky, who is a lawyer from New York City, is now demanding government action. Mr Wilansky states he reported his daughter’s attack to the FBI, but rather than assisting the family with an investigation, the FBI sent their Joint Terrorism Taskforce to incarcerate the Wilansky family in Sophia’s hospital room until they received a warrant for her arrest. The warrant never came. It is unclear yet whether or not the feds will conduct a proper investigation.

On Monday, Donald Trump met privately with various mainstream media executives and anchors at Trump Towers. Although the meeting was, quote, “off-the-record,” some participants arrived early, and made no effort to remain out of the public eye. It has since been revealed through leaked testimonies of those present, suggested Trump took the opportunity to reprimand the mainstream media for their negative coverage of him, even complaining to NBC president, Deborah Turness, that they purposefully used unflattering photos. Other news networks who were not present at the meeting, have since accused those who took part of not challenging Trump’s unprecedented constraints on the press during his campaign. Reports state that it’s not uncommon for presidents to hold private meetings with the media, bringing to attention yet another conflict of interest within the government that the people are going to have to address.

Concerns about the Alt-Right have intensified after the mainstream media’s coverage of a white nationalist conference that took place in Washington D.C. over the weekend. Richard Spencer, who has popularized the term “Alt-Right,” is leader of the white nationalist group that goes by the inconspicuous name, The National Policy Institute, or NPI. Spencer praised Trump’s election at the conference, and delivered a final speech in which he referred to the mainstream media as, quote, “Lügenpresse,” a word borrowed from the Nazis to attack their critics. He then finished his speech by chanting “hail Trump,” with many of the individuals present offering cheers of applause, mixed with Nazi salutes.

Senator Bernie Sanders has called for a mass-mobilization against Donald Trump, stating, quote, “We can beat this guy. We can beat this agenda. But we have to do it in a way that we have never done it before, and it’s essentially reaching out to people who do not or may not agree with us on every single issue. We have got to bring people together because we are fighting for the future of this country,” unquote. Sanders wants to reshape the Democratic Party by focusing on a progressive agenda that will challenge the interests of the elite, while advocating on behalf of everyday citizens. It’s probably safe to say Bernie Sanders has a hard fight ahead, considering the people’s lack of trust in the corrupted Democratic Party.

Since Trump’s election, we’ve seen various reports of those who are urging the Electoral College to dismiss Donald Trump, and elect Hillary Clinton instead. Now reports are surfacing that a revolt has begun within the Electoral College itself, as Democratic Electors (mainly those who were in support of Bernie Sanders) seek to reject Trump, but more importantly, dismantle the system completely. Although this would anger many Trump-supporters now, the dismantling of the Electoral College would put an end to the people of America voting for one candidate, while Electors vote for another. In the long-term, this could potentially be a positive turn of events. It should also be noted that, quote, “the group is also contemplating encouraging Democratic electors to oppose Hillary Clinton, and partner with Republicans in support of a consensus pick like Mitt Romney, or John Kasich,” unquote. This is according to Politico. While the Electors who are part of the revolt acknowledge it is highly unlikely they will be able to persuade the 37 Republican electors needed to reject Trump, and insert a different Republican pick, they hope to erode confidence in the Electoral College in an effort to fuel incentives to eliminate it.

In tech news, those with The Intercept have provided tips on how to defend yourself against surveillance in a Trump administration. Encrypting your phone is essential, however they state this is only useful if done correctly. It is suggested that passwords be at least 6-digits long, or 11-digits if you believe agencies such as the FBI may invest resources into breaking it. Ditching your phone at sensitive moments is also suggested, and this includes keeping phones out of earshot at activist meetings where sensitive information may be discussed. If you plan to do any sort of high-risk work, it’s best to leave your phone at home.

Switching from social mediums such as Facebook to end-to-end encrypted groups should be done immediately. Some suggested group-messaging apps include Signal, WhatsApp, and Semaphor, however as some of these apps encrypt the messages only, users must remember to further encrypt their personal devices. If you intend to set up an activist website, it is important to prioritize your security. Aside from assuring you use the latest version of software and plugins, as well as applying security updates promptly, using web encryption technology such as HTTPS is a must. Websites that still use HTTP are spied on by U.S. government agencies.

Additional tips for securing your accounts and computer have been provided as well. This includes improving your password habits, turning on full disk encryption, installing updates promptly, and using virtual machines to compartmentalize. Finally, those with The Intercept have suggested using the operating system, Qubes, to protect your computer. Qubes enables users to compartmentalize their computers so that if one part gets hacked, the rest remains secure. For those who are serious about protecting themselves on the internet, we suggest reading The Intercept’s report in full.

This week in world news, WikiLeaks has just published a new batch of documents referred to as the Yemen Files, in which evidence has been provided showing that the U.S. armed, trained, and funded Yemeni forces in the years building up to the war. The United States’ presence in the country remained until February of 2015, and a month after their departure, the war broke out. Saudi Arabia, who is now backed by U.S. forces, has a particular interest in Yemen due to their control of the, quote, “narrow choke-point to the Red Sea and the Suez Canal, through which 11% of the world’s petroleum passes each day. In addition, Yemen borders Saudi Arabia (to the north) and Oman (to the east) and has access to the Arabian Sea, through which another 20% of the world’s petroleum passes from the Strait of Hormuz (including the oil of Saudi Arabia and Iran),” unquote. Saudi Arabia is seeking to gain control of a port in Yemen, in an effort to avoid potential constrictions imposed by Iran.

Finally, in Anonymous news this week; Anonymous has joined the fight at the DAPL, and temporarily disabled the website of the Safariland Group, who was found to have supplied Morton County sheriffs with the concussion grenades used to attack protestors. Safariland is a U.S. based manufacturer of military and law enforcement equipment, and it was formerly a division of B.A.E. Systems Incorporated; an aerospace and defense company that produces civil and military aerospace, naval vessels, munitions, and land warfare systems. Present at this recent attack on Native land protectors and protesters, was Unicorn Riot, a volunteer group of citizen-journalists, who found the spent munitions shells and fragments of Stinger grenades used by police that had markings from Safariland.

DeadSec was the Anonymous group responsible for the attack, which they have described as an intermittent digital protest, rather than a total sustained blackout. They are generally known for conducting operations against the Islamic State, however in light of the injuries sustained by Sophia Wilansky, they decided to focus on the events transpiring in North Dakota. DeadSec member, AzureDeadSec, made the statement, quote, “I took down the website of the group selling anti-riot weapons to the police at DAPL. After what happened to that woman’s arm, it is no longer acceptable for us to stand silent.” AzureDeadSec later continues, “[I] took down the Safariland purchasing portal for buyers and suppliers. [I] decided to cause economic impact because their grenade will cost Sophia Wilansky thousands of dollars, so the very least we can do is return the favor,” unquote.

This article (Teh Weekly News, Ep. 9 – Dakota Access Brutality, Dorky Skinheads, Anonymous takes on DAPL) is a free and open source. You have permission to republish this article under a Creative Commons license with attribution to the author and AnonHQ.com.

Lee, Micah (2016). Surveillance Self-Defense Against the Trump Administration. The Intercept. Retrieved from: https://theintercept.com/2016/11/12/surveillance-self-defense-against-the-trump-administration/