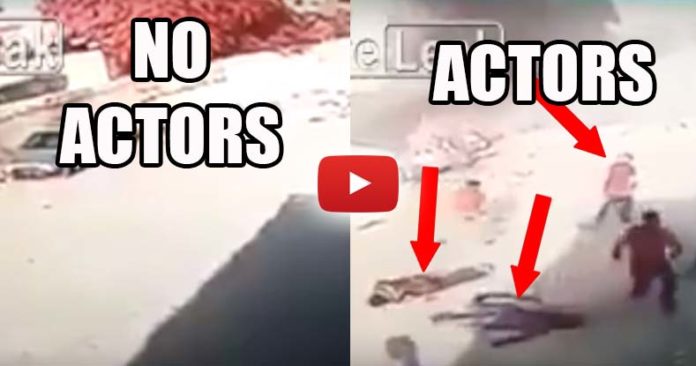 Lately, the corporate mainstream media and western governments have been lashing out, branding alt-right websites as ‘fake news.’ But what about taking a look in the mirror – at the news perpetuated by the mainstream media giants themselves: The New York Times, AP, Reuters, ABC, CNN amongst so many others.

Propaganda has now become an all too familiar term. On one hand, we’re aware of the media being used as a tool of intentional manipulation. We know that the mainstream media frames multiple events as they want us to see them, propping up policy and government agenda as they do, swaying opinion and all the while, grinning at their well aware consequences.

Or we move from one spectrum of belief to the other – you either believe the mainstream media or you become dissociated, expecting everything spewed out to be a lie.

The unfair attack against Facebook perpetuating the ‘fake news’ and laying blame on Zuckerberg (amongst others) for a Donald Trump win because of its alt news, is akin to the pot calling the kettle black.

In one example given by The Free Thought Project, the mainstream media are caught red-handed in the propaganda machine.  A report surfaced via many of the big and ‘reputable’ media agencies of a car bomb exploding in Baghdad’s northwestern neighbourhood of Hurriyah. The news organizations – AP, Reuters, and Dailymail amongst others – reported on 10 dead and at least 34 wounded. At the time, it received wide coverage and was considered important news.

Without going any further, in the tradition of The Free Thought Project, you must first watch the clips below. Without seeing it for yourself, you simply won’t believe me. (Note in the videos, the double gates circled as a point of reference).

The damning video you have just watched demonstrates the lengths to which the mainstream corporate media will go to create grabbing headline news, and to perpetuate a continual brutality in the Middle East. Without these headlines, how do they go about justifying the U.S intervention?

This is but one example of the propaganda we’re exposed to on a daily basis, and the reason why the ‘fake news’ agenda is being conjured. For the moment, the ‘fake news’ is aimed at mainly some extreme views, but where does the line in the sand get drawn? Who will be the next target? Anyone who goes against the MSM headline, who dares to reach out and uncover the truth may find themselves victim to this in the future.

We’re standing at the edge of a censorship precipice. All the while, the MSM are concocting their own stories with crisis actors so they can push government agendas.

Crisis actors in Baghdad feigning death and car bombs. This isn’t a conspiracy theory, folks, this is what you appropriately call ‘fake news.’

This article (‘Fake News’ Agenda Catches Mainstream Media’s AP, Reuters Red-Handed) is a free and open source. You have permission to republish this article under a Creative Commons license with attribution to the author AnonWatcher and AnonHQ.com.