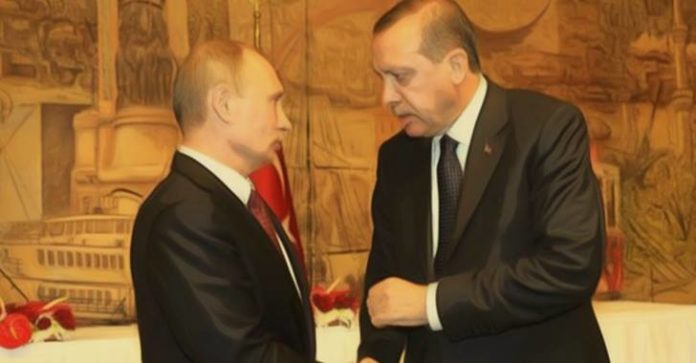 Turkish President Tayyip Erdogan recently said Turkey does not need to join the European Union “at all costs.” Instead, he is looking to become part of the Shanghai Cooperation Organization.

Although Turkey is a member of NATO, 11 years of negotiations aimed at the country’s entrance into the E.U. have almost fallen flat. A proposal for Turkey to take a certain number of refugees from Europe with hopes this would lead to E.U. membership failed earlier this year.

According to Reuters, European leaders have been critical of Ankara’s record on democratic freedoms, particularly in light of its recent brutal crackdown on dissidents and journalism. Meanwhile, Erdogan has become increasingly exasperated by what he sees as “Western condescension.”

“Turkey must feel at ease. It mustn’t say ‘for me it’s the European Union at all costs,’” Erdogan told reporters on a plane journey from Pakistan to Uzbekistan, according to Hurriyet newspaper.

Turkey has been somewhat affiliated with the bloc since 2013, when it signed up as a “dialogue partner,” asserting it shared “the same destiny” as members of the organization. Dialogue partners can take part at the ministerial level and be involved in some meetings, but they do not have voting rights.

“I hope that if there is a positive development there, I think if Turkey were to join the Shanghai Five, it [would] enable it to act with much greater ease,” Erdogan stated.

In order to understand what Erdogan is referring to when he says “to act with much greater ease,” one must look at what has been happening in Turkish politics — both domestically and internationally — in the last decade.

In 2009, Qatar put forward a proposal to run a pipeline through Turkey and Syria to export Saudi and Qatari gas to Europe. The Syrian government rejected this proposal and instead forged an agreement with Iran and Iraq to run a separate pipeline to Europe, cutting Turkey, Saudi Arabia, and Qatar out of the route entirely.

After that, Turkey became hellbent on taking down the Syrian government. The fact that foreign-backed Islamist fighters referred to the Turkish border as the “gateway to jihad” shows how little attention Turkey paid to jihadists flowing across the border into Syria.

ISIS was even smuggling oil from Syrian territory into Turkish territory until Russia began targeting these oil convoys with airstrikes. Following these attacks, Erdogan showed where his real loyalties lay by shooting down a Russian jet on the border.

Although Russian and Turkish relations began to deteriorate rapidly, an apology from Erdogan helped these relationsget back on track. In October of this year, Russia and Turkey signed a gas pipeline deal of their own.

Most importantly, however, Erdogan’s own survival and political legacy have seen a shift from focusing on removing Assad from power in Syria. At home, he is experiencing widespread dissidence, and earlier this year, he fended off a military coup. His brutal crackdown on dissent, opposition, and Kurdish movements make one wonder why Western media has spent half a decade infatuated with Assad’s actions in Syria.

Through his transition from Turkish president to iron-fisted dictator, Erdogan has found more friends in his Eastern partners than his previously held friendships with Western powers. As astutely noted by the Washington Post in August of this year:

“Dictators who fear their enemies also look for allies. But they don’t want allies who criticize what they are doing, either out loud or by example. And so, in the wake of the failed coup and the successful crackdown, Erdogan naturally sought out the company of Vladimir Putin.”

This is what Erdogan was referring to when he talked about acting with “greater ease.” According to Reuters, more than 110,000 people have been sacked or suspended since Erdogan’s crackdown began. Approximately 36,000 have been arrested.

Joining the Eastern bloc would put Erdogan in better company to continue what he has been doing all year.

However, if Turkey is able to join the bloc for good, it should be noted that Iran’s inclusion is also a very real and likely possibility. Given the two Middle Eastern powers have effectively been fighting a proxy war against each other in Syria since 2011, this could very well spell bad news for Washington’s plan to overthrow the Assad regime.

This article (Turkey Looks to Join Russia-China Alliance, Snubbing the US and Europe) is free and open source. You have permission to republish this article under a Creative Commons license with attribution to Darius Shahtahmasebi andtheAntiMedia.org.