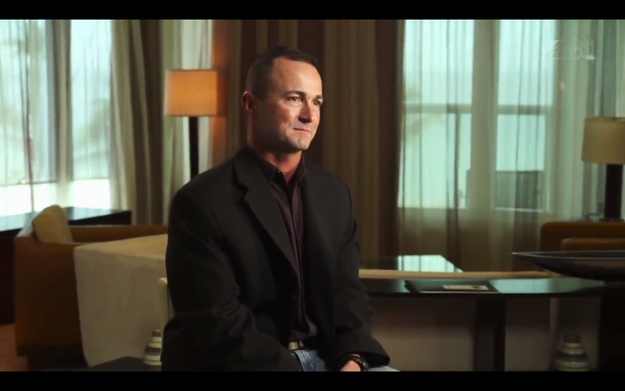 Heath White, the FBI Special Agent and a marathon runner, had been a perfectionist and a topper all his life – from earning a scholarship to North-Western State University to being selected to undergo pilot training with the United States Air Force.

However, Heath was suddenly faced with a choice when during his wife’s second pregnancy doctors informed him that his daughter had Down Syndrome. The news was difficult for Heath to digest. Down Syndrome meant his child would be born less than ‘perfect’. He was naturally taken aback: “My main concern was what people would think about me…What weakness inside me caused that?” While Heath wanted to abort the unborn, his wife bravely refused: “I contemplated it for maybe an hour: he did for months”.

On March 16, 2007, Paisley White was born. It took several months for Heath to come to terms with the reality and during those days of emotional upheaval he stopped running. All that changed in one night. Heath was holding and tickling Paisley when her smile made him realize that his daughter was just like any other child. Once unwanted, now deeply loved, precious Paisley taught her dad how perfect life can truly be.

The once ‘shallow’ Heath felt extremely sorry for his selfish and unreasonable attitude and now wanted to show the world how much he cared for and loved his daughter. The video below tells his story and his journey to finding inner peace: the story of how the birth of a girl led to the re-birth of a man who thought he had everything, until he discovered the joy of pushing his daughter. The documentary has a running time of 15 minutes – but it’s worth the watch.