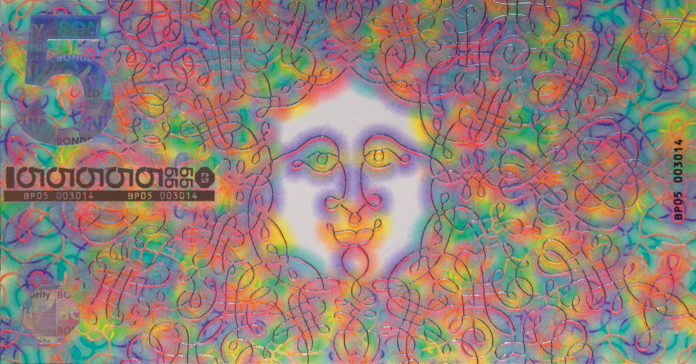 Brixton, a district located in lower London, England, has thought of a very unique way on how to keep currency local and fluctuating more within the community.

Brixton has decided to go along with usimg its own currency, Brixton Pounds. The Brixton Pound is part of an initiative to keep money flowing throughout the community and contributing to the cities wealth and economy, as well as to send a message to London. The faces of local famous individuals are seen on the B£ notes. Faces of Brixton-born David Bowie, Vincent Van Gogh, Luol Deng and Writer CLR James are all featured on the notes. The Brixton Pound’s project manager, Annalisa Dorigo stated to the Toronto Star that “with every transaction that occurs locally, more wealth is generated for the local area.”

One of the problems that this unique currency faces is that a majority of all cash spent within the area actually ends up leaving the city altogether. The founder of the Brixton Pound, Josh Ryan-Collins, announced to the Mirror that “for every pound spent in multicultural chain, only 10 to 15% stays in the local economy.” Another problem with the currency is that banks won’t accept the money, as well as other note-accepting machines. Brixton Pounds can obvcourse only be spent within Brixton itself, which includes any profits of any businesses that have decided to accept B£, again, flowing the money around the community. The idea is to help the community spend their money locally, which seems to be working. Global-scaled businesses such as tescos and ASDA/Wallmart will most likely not accept the currency, but local, smaller stores usually will – scaling the idea and allowing smaller sellers to gain extra profit.

The B£, which was first introduced in 2009, is no longer forced to just paper money. The currency can now be sent and received electronically, also allowing the money to be easily transfered to other currencies such as the standard British Pound.

However, after almost 7 years some businesses are beginning to feel discouraged by the idea. It is no secret that only being able to spend money locally within mostly small shops would be a huge discouragement, and as a result many stores have began dropping out of the project and have stopped accepting the cash. However, not all businesses have stopped accepting the cash completely, some stores will still accept a certain amount of the currency each month, and will begin to decline the money once the target has been reached.

One of the remarkable accomplishments achieved with the B£ last year was that of the 5th anniversary. A limited edition B£5 note was printed out to the public. You can see the special edition note below. This Article (David Bowie, Vincent Van Gogh & Other Famous Iconics Now Have Their Faces On B£) is free and open source. You have permission to republish this article under a Creative Commons license with attribution to the author and AnonHQ.com.