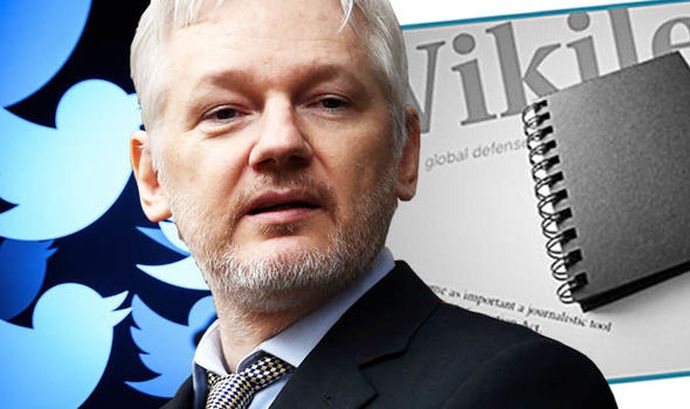 …
yes, strange indeed as they normally use a codename for Mr. @JulianAssange

At the time Wikileaks sent out a Tweet confirming that his “physical situation at the embassy remains unaltered”, meaning that he was safe – physically at least.

A week later, as if to compound this unusual activity, he has apparently decided to showcase his musical taste, together with a 60-character code, in a New Year’s Day tweet:

The music video linked in the tweet is called “Paper Planes” and it was sung by Maya Arulpragasam. Twitter has since exploded with speculation over the meaning behind his tweet.

Was Paper Planes a reference to his freedom?

Was it a dead man’s switch?

Is that a….dead man’s switch?

Or did it simply single the release of another Wikileaks drop?

It signals another Wikileaks drop is imminent.

The song itself is notable in that it contains lyrics like “If you catch me at the border I got visas in my name,” “pirate skulls and bones” and “I’ve got more records than the KGB, So, uh, no funny business”.

This is not the first time Assange and Wikileaks have tweeted cryptic encryption hashes though. There’s this one from October:

And a series of pre-commitments from 2016, a cryptographic technique to prevent unreleased information from being manipulated:

And another in August of that year.

Each tweet had unleashed a similar torrent of speculation.