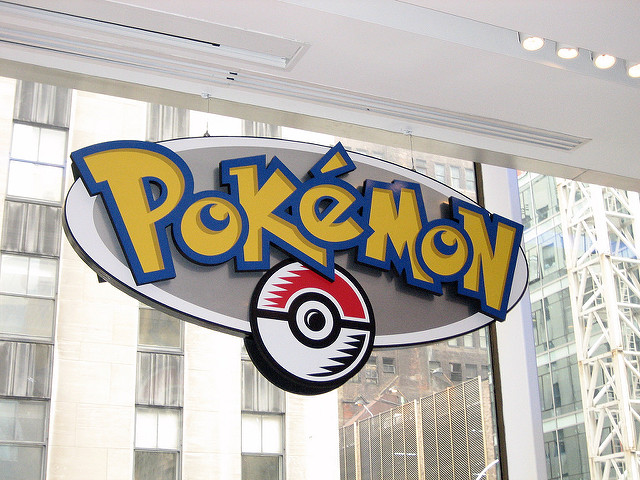 While the Pokemon Go craze continues to spread across the world, a number of troublesome stories about the app and its GPS features are coming to light. While drivers crash into the back of police cars and teenagers mindlessly cross busy highways – whilst searching for their favorite virtual 90s creatures – others are delving into the darker mysteries surrounding the app and Pokemon franchise as a whole. An activist discovered a declassified document from the Army’s National Ground Intelligence Center, after filing a Freedom of Information Act request. Shockingly, the report revealed that the U.S. Army intended to weaponise an episode of the popular 90s children’s program, Pokemon.

On December 16, 1997 thousands of children across Japan sat in front of their televisions, eagerly awaiting the latest episode of Pokemon. However, upon watching the episode, as many as 700 children experience seizures and were rushed to hospital.

The episode, called ‘Electric Soldier Porygon’, featured a scene in which Pikachu uses his lightning powers to blow up missiles. The flashing pulses within this scene caused the children to experience the unusual seizures. As a result, the episode was banned from airing, even in edited form. The effects of the episode were so damning, the entire show was removed from the air for four months.


While the world began to speculate what had caused the children’s reaction to the episode, the U.S. Army researched the episode in an attempt to weaponize it. Imagine it: The U.S. Army in possession of a visual weapon that could overload the viewers brain and cause them to convulse.

According to the Army’s findings, the application of “electromagnetic pulses” could force neurons to fire at once, causing a “disruption of voluntary muscle control,” reads a description of the ominous “seizure” weapon, contained with the declassified files.

“It is thought by using a method that would actually trigger nerve synapses directly with an electrical field, essentially 100% of individuals would be susceptible to seizure induction.”

As reported by Wired Author Spencer Ackerman, the military was in need of a similar weapon, as the TV News had restricted the military’s ability to kill its way to victory. “You don’t win unless CNN says you win,” highlights the report.

So, if all this evidence is true, why are U.S. soldiers not running around with seizure guns? Simple: if anchors around the world began reporting that the U.S. were using invisible pain rays, the news would not be well received.

Despite this, the U.S. military’s revolutionary Pokemon Weapon is able to disrupt chemicals in the brain and induce an immediate seizure in 100 percent of the population.

“The onset of synchony and disruption of muscular control is said to be near instantaneous,” the 1997 Army report reads. “Excitation is directly on the brain.” And “100% of the population” is supposed to be susceptible to the effects — from distances of “up to hundreds of meters” — “[r]ecovery times are expected to be consistent with, or more rapid than, that which is observed in epileptic seizures.”

While many would likely assume other seizure inducing studies played a primary role in the weapons development, the report itself contains extracts that will expel this theory.

“The photic-induced seizure phenomenon was borne out demonstrably on December 16, 1997 on Japanese television when hundreds of viewers of a popular cartoon were treated, inadvertently, to photic seizure induction,” the analysis noted.

Although the Army has denied any such weapon exists, history shows us the Army is not always forthcoming with the truth.

This article (Declassified Document: The U.S. Army Has Weaponized a Pokemon Episode ) is a free and open source. You have permission to republish this article under a Creative Commons license with attribution to the author and AnonHQ.com.