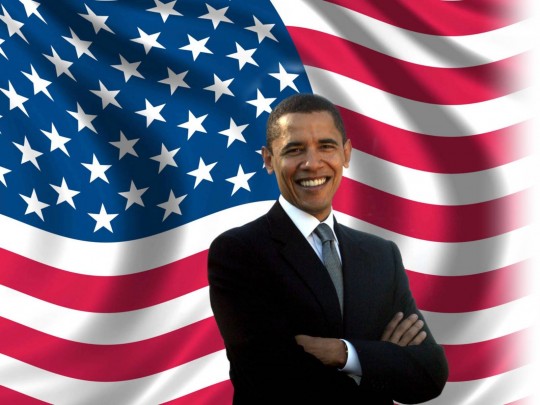 Many people around the world have welcomed the re-election of Barack Obama on November 6, 2012 as forty-fourth President of the United States. The general fervor in the United States, and observed in several countries, can be linked to a contemporary phenomenon, namely a psychological break of individuals with the modern social and political order. DEFIANCE AS A SIGN OF THE TIMES The choice of Barack Obama, beyond the classical political choices imposed by the American traditional bipartisan political system contains an aspiration of Americans to think and act differently. The symbolism of the election of the first non-white president at the head of the United States is certainly a strong desire of Americans to divest itself of a mental framework that has always characterized them. On November 4, 2008, Americans have strongly expressed their desire to abandon the socio-political model that lived two hundred years. Not only U.S. citizens non-dominant communities (from Latin America, Asia and Africa), but largely representatives of the largest and dominant group (originating from Western Europe) have clearly made a socio-political turn in the direction of the country. In doing so, they denied the appeals of nostalgic of the old American model that imposed immutably a white, Anglo-Saxon and Protestant at the head of the federation. But also, the main themes of the American politics have changes. The policy option of all-security inside and outside of the United States has given way to a more open policy that seeks to build another image of America more consistent with the era of globalization after the “disaster” of the Bush years (2000-2008). The new option also brings a turning point in domestic politics. The rise of one of the taboo topics of American liberalism, namely social security by universal health (Obamacare) was the biggest political event since the Second World War. The will to leave the framework of the classical American political model can also be observed, from 2008, into two antagonistic social and political movements represented by an identity, ultra-conservative and libertarian movement within the Republican Party (Tea Party) and a challenging movement of the domination of the finance powers at the left of the Democratic Party (Occupy Wall Street). The United States are then and remain the place where deep socio-political changes are taking place that are good omen for some remarkable development of the liberal and democratic model in future periods. In this, the Americans are in tune with the times, which are characterized by a radical questioning of the relationship between individuals and public institutions supposed to representing their own conceptions of the society. Around the world, the signs of citizen distrust vis-à-vis the socio-political model (representative and elitist) are multiple. In Africa, they often have dramatic evolution (Arab Spring, Azawad, electoral disinterest, challenging of elected officials, etc.). If citizens all over the world, and in the United States, are calling into question the social model, this means that this model will soon change completely, because in reality, institutions and leaders are a reflection of what the largest number of members of the society desire in the bottom of themselves, and often do not express it. AMERICA STILL A CHAMPION On the democratic field, Americans are still, as in many areas in the pole position. Having felt a clear disagreement with the political team of George Bush Jr., from 2000 to 2008, it is in a massive, free and determined movement that the U.S. said no to the sectarian approach of state power and adopted orientations more consistent with the original nature, multicultural, of the United States and also of the world actually shaped by the globalization. President Obama has made the middle class the object of his political philosophy. It is a theory, away from socialism which the Conservatives accuse him to practice, which stems from the reality of the moment. With the economic crisis of 2008, it was obvious that the growth in all countries including the already developed countries would have slowdown in the long term and that the conditions of the middle class are in constant deterioration. The vast majority of the American population belongs to this socio-economic category and worried about its future. Responding to their concerns was none other than the real politics for Obama and the Democrats. The aspirations of the U.S. citizen in terms of a vision of the society and the world have been embodied by Barack Obama, who in 2008 and 2012, largely defeated his opponents from the Republican party, despite unprecedented use of the money during the presidential elections, especially that of 6th November, 2012. Barack Obama presidency, as the will of the American people to change its conception of the social and political model, however, has been more symbolic than a real policy. In fact, since Obama’s election in 2008, some new phenomena appeared and tended to mitigate the results of the change desired by the majority of Americans. THE USE OF POLITICAL UNFAIR WEAPONS Barack Obama came to power in 2008 in the heart of a deep and general economic crisis. America is still recovering from wounds due the financial crisis following the fall of some cult institutions of the financial system (Lehman Brothers), the subprime crisis and the Goldman Sachs scandal that led to the economic recession, the loss of millions employment and the loss of confidence in the banking system.

American society was on the brink of a depression that was caused by the bulimic offensive for financial gain of interest groups supporting President Bush. The average American had then realized that their blind faith in a certain political class would lead to the collapse. They recovered by sanctioning this political class and adhering to proposals that were hitherto considered crimes, just to mention them (health insurance for all support from the federal treasury to companies in difficulty). These good resolutions of American were however followed by insufficient commitment to give the new directions carried by Barack Obama and the Democratic Party a political tangible force of action. The Congress has not known the same revolution as the White House. The Republicans won the majority in the House of Representatives and used their parliamentary power to block the implementation of the policy options of the Obama administration by refusing his proposals on the deficit and debt of the United States in 2011. Similarly, the main campaign promise of Barack Obama, health insurance for many, has struggled to pass. All parliamentary and judicial mechanisms were initiated by the Republican camp to prevent the adoption of the legislation called Obamacare. Again in 2012, despite the frank reelection of Barack Obama, Republicans, bad losers are using their parliamentary advantage to block the extension of the tax reduction proposed by U.S. President. At the end of December 2012 if an agreement is not done, and these depends entirely on the Republican majority at the Congress, most American families will pay $ 2,000 additional tax, which will worsen their living conditions. There is, in these confrontations, some point of political science, but also a violation of a fundamental principle of modern democracy. How a president elected by universal suffrage can be prevented from implementing the policy options for which citizen gave him their votes ? is it not there an infringement of the presidentialism system that has always allowed the United States to have a stable political governance? The United States have they not switched to a semi presidentialism or even a cohabitation? These questions arise because the U.S. Congress can actually prevent the government from acting. Maybe the Republican opposition to Obama’s choices is not unprecedented in the American politics, but it clearly transposes electoral cleavages in the management of the political power. Traditionally, the defeated party makes formal opposition to the choice of the winner and abstained himself from really interfering in his conduct of state power, hoping to withdraw politician dividends from his mistakes. This is an attitude new in its depth that Republicans have demonstrated since Barack Obama came to power. This new posture is due, according to a leader of the Republican side, John McCain, the losing candidate in the election of November 4, 2008, to the arrival of some newly elected Republicans who do not know “how goes Washington”. The National hero, who has a strong legitimacy within the Republican party was exasperated when he talked about the extremism of the Republican camp newcomers. This frustration reflects that U.S. politics had hitherto operated by successive compromises in which the interest of the United States was the shared denominator. By opposing so strongly to Obama’s policy options, Republicans question the traditional modus operandi of the American politics and the diverse nature of American society by pushing forward communitarians and conservative platforms to the detriment of the foundations of democracy. In doing so, they are not fair players, but mostly they endanger democracy, and the United States at the same time. In seeing the determination of Republicans, some questions come quickly to mind and that deserve to be seriously taken into consideration. In the event where Barack Obama cannot implement his political vision dubbed in November 2012 by American voters, it is a social crisis and a freeze of the U.S. economy which will take place until the next presidential election. And what is going to happen if the Democrats won the presidential election of 2016 with the same societal proposals that seem to be accepted by the American voters? The Republican obstinacy, if it satisfies the egos, however, is a political adventure, because the American public will inevitably understand which political class represents the interests of the people and will give a presidential blank check to the Democratic Party if this Party maintains the cap of the social democracy. This is how part of the American political class adhere to the democratic model only when this game benefits to him and now is showing its true nature and endangers the United States and the world. Because if the world leadership of democracy and economic progress of the United States is not yet denied the events taking place in recent years are likely to undermine its democratic foundations. The current political and budgetary stalemate in the United States is, on the other hand, a support for communitarian and sectarian extremists who are taking volume in some European countries of old democracy (Belgium, Spain, Germany, France) . It also give hand to autocratic and autistic regimes in Africa thirsty of justifications of any kind to carry out their outrageous domination. This is why the threats to democracy in the United States are perfectly a concern for Democrats around the world. Despite these threats to the democratic way of social and political organization considered as the least bad of political regimes, the belief in the open society of knights of the good and the beautiful remains steadfast about the advent of a society of justice and universal peace.