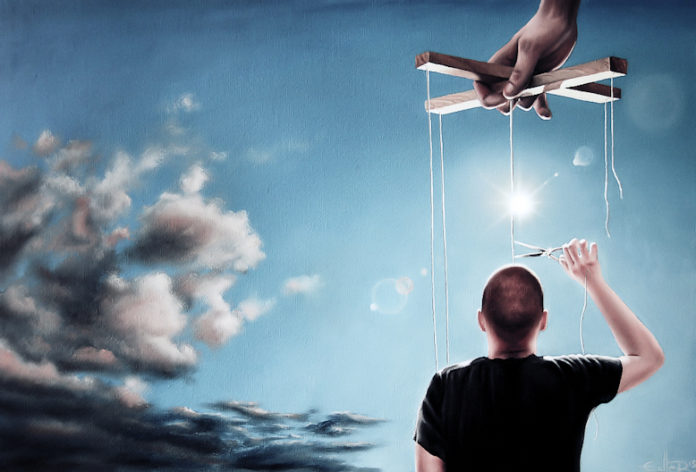 Through the use of media propaganda, fear and the threat of rejection; governments have manipulated their citizens into “following orders.”   They manipulate the premise of free choice while feeding fear.  They do this to make you the citizen feel as though you are making your own choices based on “real information.”

None of this is new.  In fact, the concept itself is discussed by the masses.  The information is presented to them.  They discuss it, research it, find condemning information…yet still choose to ignore and dismiss it.  It leaves those that are intelligent scratching their heads.  After all, how can we present them with proof and they still dismiss it?

Think about this for a moment.  Since the time we are in elementary school, we are taught based on a curriculum.  We are taught to follow popular thinking.  Basically, we are taught to follow the masses.  In fact, if you intelligently think outside the box, educators are quick to label you as someone who “just doesn’t get it” or “doesn’t understand.”  They are also quick to call you out in front of your class to make your peers look at you as though you’re stupid or crazy.  This in turn fosters a fundamental belief that you MUST follow the herd.  You must believe what everyone else believes or you will be labeled as crazy or stupid, and reject and dismissed by your peers as a “conspiracy theorist.”  We are shaped and molded into this way of thinking from the very first day we enter a classroom.  They remove individual thought and replace it with an eagerness to “fit in with society” to avoid the rejection and label that comes along with thinking for yourself.   This part of the process is a very simple concept.  The concept is to use the human mind’s natural need for social acceptance against us.  It is after all, the most powerful psychological need of the human mind.

The second part of the process is just as simple.  Through misinformation or in other words, providing only information they want us to know, along with education techniques, they effectively “dumb us down.”  The reasoning is simple.  A person who lacks intellect or at the very least feels they do, is less likely to question what they are told.  They believe that the people they see as authority are smarter than they are and as such feel that they have no place to question what that authority says.  What’s worse is that if you are too close to being right and too close to the truth, you will then not only be labeled crazy but in some cases…a terrorist or criminal.  It is a double edged sword in which the enlightened lose.  You are either made to feel stupid or crazy, or you are made out to be a criminal.  Either way, the attempt to ruin your credibility is present.

The CIA has a project called Project MKUltra which outlines and studies the process of mind control through behavior modification.  Essentially they’re rewarding preferred behavior while punishing behavior that is not preferred, and fueling behavior with the use of crafted information.  You can read more about Project MKUltra here:  http://en.wikipedia.org/wiki/Project_MKUltra .  On a side note, you may be surprised to know that a portion of MKUltra (created in 1956) involves genetically modifying seeds for the purpose of testing and mass distribution to aid in the process of mind control.  I digress however, that is for another day and another article.

At first you may be thinking that I’m referring exclusively to the United States because of my reference to the CIA.  This couldn’t be further from the truth.  Governments all over the world use similar tactics to obtain and keep power over the citizens.  Those of us, who have taken the time to research, also know that the CIA is involved in practically every government throughout the world.

Today we see the implementation of the Monsanto Protection Act, which protects a company that creates genetically modified seeds.  It also protects them from competition when it comes to the seeds used in farming.  This assures that their GMOs get mass distributed throughout the world.  One may think that the seed a farmer in Asia chooses to use shouldn’t be a big deal.  However consider that countries that have refused Monsanto seeds have been faced with losing the ability of international trade with the United States.

We also see the implementation of what is known as Common Core in our youth’s education.  Many teachers have even described Common Core as the standard to make children feel stupid.  Common Core essentially takes a simple problem (such as 9+6) and expands it into something so advanced that many college graduates with advanced degrees cannot understand it.  They take this standard and apply it to grade school students.  To learn more about how Common Core plays a role in all of this, check out this video that not only outlines the inefficiency of Common Core, but also how it’s being used to control the minds of our youth, in an attempt to create government obedient citizens at an early age ( http://youtu.be/d1Ubjg_o8vg ).

In the end we are talking about “dumbing down” citizens so that they are less likely to think for themselves, revolt or question, thus creating puppets or sheep who blindly follow their shepherd to the slaughter without question.

These things are never more documented than on social media.  On social media websites such as Facebook, there is no shortage of examples.    Through the use of fear tactics, citizens have become overly sensitive.  Through the sense of entitlement, citizens have become easily offended and weak.  Ignorance is preferred over intelligence and research.  More people are likely to form an opinion based solely on a sensationalized headline than to actually take the time to read the content within.   Patriotism has been redefined as “Do whatever your government tells you.  Anyone that doesn’t is a terrorist.”  There are literally more people willing to give up their freedoms than there are people to defend their freedoms.  They have been conditioned to think that anyone who is not willing to do the same is crazy.  As a former soldier, I was once told that I should join ISIS by people who claimed to be patriotic.  This was simply because I understood that someone has the right not to stand for the Pledge of Allegiance.

Wrapping this up, let me say that this is not a shot at religion.  This is simply an example to put things into perspective with regards to how brainwashed people actually are.   People have been taught from an early age that there is a man in the sky.  You can talk to him.  No one has ever seen him.  No one has ever heard him speak.  There is literally no real proof of his existence.  You can ask him for things and in the rare occasion you get what you ask for, it’s a miracle.  When you do not get what you ask for, which is usually the case, it’s his will.  Even though they’ve been taught that everything is his will and he is the creator of all things…when something good happens he is credited for it and when something bad happens, another entity is blamed.  People believe this, base their entire lives around it, fought and died for it and will fight tooth and nail over it.  On that same note, if you hand them undeniable proof that their government has manipulated them, molded and shaped them…they will look at you as though you are a crazy conspiracy theorist.

This is the behavior the government wants.  As Maximilien Robespierre said “The secret of freedom lies in educating people, whereas the secret of tyranny is in keeping them ignorant.”