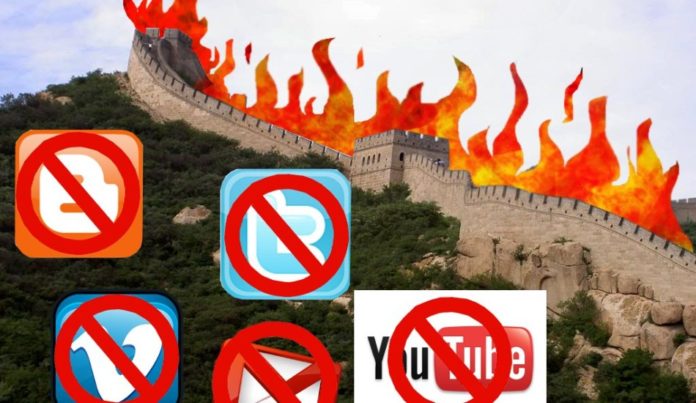 As you may or may not know, China has extremely strict regulations on basically any form of online contact with the western world. The developers at GreatFire are releasing FreeWeibo this might just be what a technological revolution needs to start a virtual fire.

As a Belgian author with little or no restrictions on my online freedom, I cannot begin to imagine how it must feel knowing that there is an entire world governmental diplomats forbid you to discover.
Sites like Google.com,Twitter.com,Facebook.com,Bbc.c.uk,Wikileaks.org,Youtube.com, vimeo.com,Bing.com and remarkably thetibetpost.com, more about that in a sec.
The following was said during a 2 hour long interview by an expert in Chinese censorship who has been locked up in china on his holiday for telling people the truth and questioning the authorities. He wishes to remain anonymous as these impressions and statements could be harmful when traced back to him. This is the essence and I did paraphrase his words so some of it may seem out of context.“The good people of China are among the most indoctrinated I’ve ever seen, nothing about the way they defend their government seems somewhat genuine. It looks like they are wired to have a sense of hatred  toward the Tibetan people. They are continuously lied to by the government at every opportunity they get and they are censored themselves on Sina Weibo, the government-controlled social network. I got arrested when interviewing a local police officer who felt my behaviour was unethical and downright evil. When in custody , I had the chance to talk to inmates who had been through roughly the same thing. In our cell block, there were no murderers to be found, no rapists nor psychopaths. We were all just asking the wrong questions at the wrong time and place. The stories I heard were those of Tibetans getting captured for vague reasons and released after two months and all of these prisoners were found dead 1 year later and no one could link those deaths to the Chinese anymore due to the leap in time. I was struck with fear and hatred toward the Chinese people who just keep on living their lives and who don’t question the authorities. This censorship is of course a violation of the human rights and organisations such as amnesty are trying their best to fight this. It almost seems ridiculous how openly they abuse freedom rights for example Liu Xiaobo Who won the nobel prize for peace (because of his work on fighting the government) whilst in captivity, oh the irony .”

GreatFire is a secretive organisation that monitors the censored messages on Sina Weibo and posts them on freeweibo.com for the world to see. The activists think that the way they made the app renders it impossible to be blocked by the government. They hope that will show others an effective way to avoid Chinese internet restrictions, whilst furthering their goal of ending online censorship in China. GreatFire was founded in 2011 by three guys who wish to remain anonymous in fear of  China’s revenge. So how did they bypass the internet restrictions? They hosted FreeWeibo on amazon’s cloud hosting service, It cannot be blocked because of the businesses that rely on amazon . If blocked , too many businesses would suffer from economic losses and the Chinese government can’t have that. This gives Greatfire an epic advantage almost like a bank heist with an enormous amount of hostages being held. The mobile app was taken down from the app store in reply .
GreatFire hopes that the android version cannot be taken down (as easily) and furthermore that amazon doesn’t make any deals with China (so far they have kept quiet and respected their customer’s privacy when asked about FreeWeibo). Their plans for the future include mirroring Free news sites such as The New York Times. This will prove to be a far bigger challenge because this site get updated frequently and is quite huge as well. “Our goal is to end online censorship in China. That’s the endgame for us,” says one of the founders of GreatFire. “And we won’t rest until we have achieved that goal.”