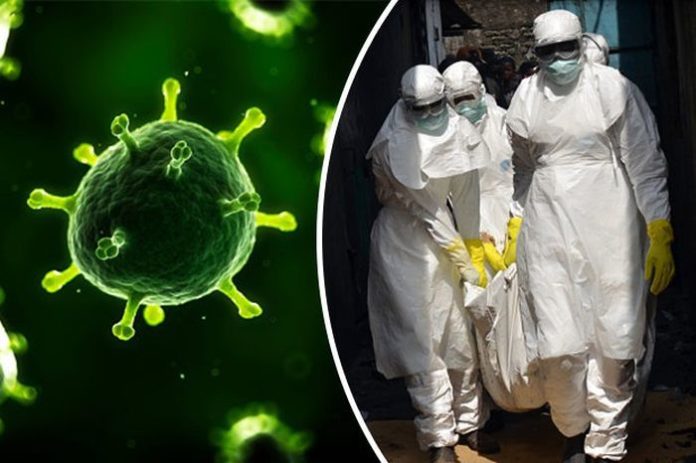 Lethal virus. Huh. Yeah. What is it good for? Absolutely nothing.

Recently, federal officials decided to end a moratorium on funding research into making viruses more lethal. Yes, we’ve given up on curing those superbugs… time to make em’ more dangerous to humanity.

Other scientists, those working for the US military, for example, might have less ethical reasons for this sort of experimentation… and then there is the impossible-to-quantify risk of an accidental pandemic.

Although the US has officially stopped research into bioweaponry, it is impossible to see research into enabling “gain of function” that would make diseases either more easily transmissible (a disease requiring contact for transmission is modified to allow airborne transmission. A virus that affects pigs might be made transmittable to humans etc.) or more deadly as anything other than an excuse to continue its bioweapons program – but with an ethical premise.

However, let us set our doubts aside – apparently, a government panel will monitor these projects. It will require that the research be “scientifically sound” (fairly ambiguous) and done in a highly secure laboratory. Also, blah blah blah trust your government.

There are two points to be raised here:

1) can the government be trusted to not use this as an excuse to weaponize viruses and stick to its alleged humanitarian objectives and,

2) can labs ever be secure enough that such a super virus, created even under the noblest of intentions, can never accidentally be unleashed upon the populace

Point 1): It’s not like we don’t have historical precedence of the US government researching the weaponization of bacteria and viruses. It has done so numerous times, by experimenting on suspecting and unsuspecting American citizens.

Between 1954 and 1973, 2,000 conscientious objectors (people who refused to serve in the military on the grounds of freedom of thought, conscience, or religion) volunteered to be infected with all manner of diseases. This sort of testing did not reveal how the pathogens might disperse through a populated city though… Business Insider reports:

“It all began in late September 1950… a Navy vessel used giant hoses to spray a fog of two kinds of bacteria, Serratia marcescens and Bacillus globigii… out into the fog, where they disappeared and spread over the city.

“It was noted that a successful BW [biological warfare] attack on this area can be launched from the sea, and that effective dosages can be produced over relatively large areas,” concluded a later-declassified military report… Over the next 20 years, the military would conduct 239 “germ-warfare” tests over populated areas.”

Indeed, biowarfare testing was once covertly conducted without the permission of the people – now the government openly continues its tests, after notifying residents in advance. This sort of study has not turned up any means of defending the American people from a bioweapons attack; the only plausible intent that remains is perfecting the means of transmitting a biological weapon.

Point 2): Assuming the US government has the best of intentions, it might not have the best safety precautions – whether the cause is incompetence or negligence matters not.

In 2014, the Centers for Disease Control and Prevention accidentally exposed lab workers to anthrax. That year they also shipped a deadly flu virus to a laboratory that had requested a benign strain, and the N.I.H. also found vials of smallpox left in a freezer for over 5 decades, forgotten.

In 2015 the US military accidentally sent live anthrax samples to South Korea and 9 labs in the US. Another batch of anthrax was found to have been sent to Australia in 2008. But nobody died right?

Then there’s Lyme disease, a pathogen that likely got away from government scientists. There’s a lot of empirical evidence that Lyme disease originated on nearby Plum Island. It’s a long explanation, one that is beyond the scope of this article and which the video below explains in detail.

Suffice to say, 95% of Lyme disease in the US comes from 14 states, many located around Plum Island. A Nazi bioweapons scientist brought to the US via Operation Paperclip worked with the Plum Island Animal Disease Center, which was secretly set up to research bioweapons targeting livestock.

Lyme disease is transmitted by ticks, and research involving weaponizing ticks was allegedly conducted on the island. Although mammalian animals that make their way to the island are quickly culled, the island is a sanctuary to numerous wild birds which could pick up diseased ticks.

In 2000, local activists apparently prevented the facility from being approved for  Biosafety Level 4 designation, necessary for allowing human testing to occur in the same facility where 40 foreign animal diseases were being researched. Congress considered that plan again in 2002. That year, the Disease Centre was transferred from the Department of Agriculture to the Department of Homeland Security.

In 2015, the facility was moved to Kansas – in close proximity to the source of 45% of the US’ cows and 40% of its pigs and at a location known for severe tornado activity. Congressman Michael Burgess noted :

“…the language of the resolution proudly touting that 45% of the fed cattle in the United States and 40% of the hogs produced in this country are in Kansas. Considering that food-and-mouth disease, which is the primary research being done at Plum Island, is a disease which can spread with devastating swiftness from humans to cattle and hogs… shouldn’t we have done our O&I hearing on the scientific evaluations being done at DHS before [emphasis added] we voted on a resolution saying that Kansas was the best pick?”

That’s reassuring. The scientists who shipped live anthrax all over the world working on an animal disease research facility with probable human disease research thrown into the mix working right next to a large proportion of America’s beef and pork supply, now allowed to increase the lethality of already deadly animal-to-human transmittable diseases. What could go wrong?