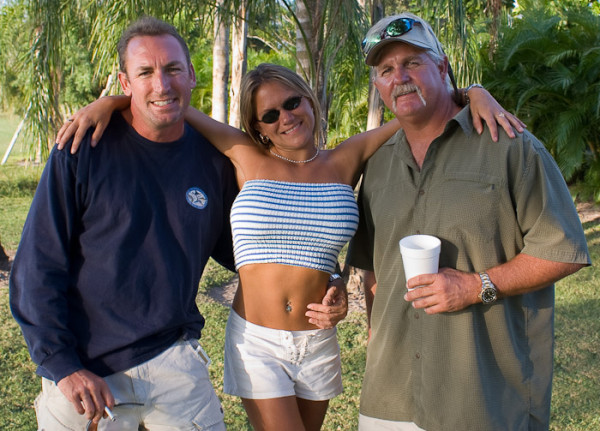 It has been revealed that three senior police officers from the town of Palm Beach, in Florida, hired a prostitute and used cocaine at a private golf party with a teenage boy, way back in 2012.

The officers were seen in photos with a naked prostitute. The photos were leaked to the website pbsotalk.com, which is an anonymous forum where police can blow the whistle and speak about corruption and malpractices at the Palm Beach County Sheriff’s Office.

In the photos, that we have also obtained, these officers are seen happily enjoying the company of the naked prostitute. The officer then took pictures with her in different locations and in different styles at the party grounds.

Due to our Editorial Policies, we are unable to publish the naked pictures of the prostitute with the officers. But those who wish to see the nude photos can follow this link and scroll down to see them. www.sheriffbradshaw.com/2012/12/van-reeth-family-and-a-hooker-the-cross-agency-scandal/ Witnesses also confirmed that members of the party were openly using cocaine, and that the prostitute who attended the party walked around the golf course fully nude. Pictures taken indeed confirmed what witnesses said.

It is said the officers willingly asked bartender-Gino Defonzo, to take photos of them with the prostitute. In the pictures, the prostitute is indeed seen standing between the officers and the then underage boy whilst naked. Some officers are also seen holding beers in very festive moods. It is believed that the officers were intoxicated and that is why they allowed Defonzo to take the indecent pictures.

People who saw the pictures reacted with different opinions and views, with some still defending the officers despite the overwhelming evidence that the pictures provide. Some, have also condemned the actions of the officers. These are some of the comments on the pictures that were recorded by the sheriffbradshaw.com:

“This is taken completely out of context, this woman was playing a round of golf when a gator attacked her, (no it was not Tim Tebow, so don’t comment with juvenile jokes) tore off her clothes and was about to do bodily harm to her until these brave men came to her rescue”. “As a cop, and a frequent poster of this website, I condemn this behavior. They should all have their certifications pulled and be indicted. This behavior is not excusable”.

You can see that there are varied views expressed there. However, despite mounting pressure from the public, the Palm Beach County Sheriff Office has not commented on the pictures. Currently, it is unclear whether they will take action against the officers involved.

Commentators say whereas the officers have their right to a private life, allowing the prostitute to walk around naked and the usage of drugs at a public place do violate some laws. This illegal activity should therefore be fully investigated.

The police are the public protectors and they must exhibit behaviors worthy of emulating. Nobody is against anybody’s private life, however, it is critical that your private life does not injure on your public life.  What is your opinion about the photos? Do you think the actions of the officers are right and they should not be investigated? Share your opinion with us in the comment box. Feel free to express yourself sincerely!