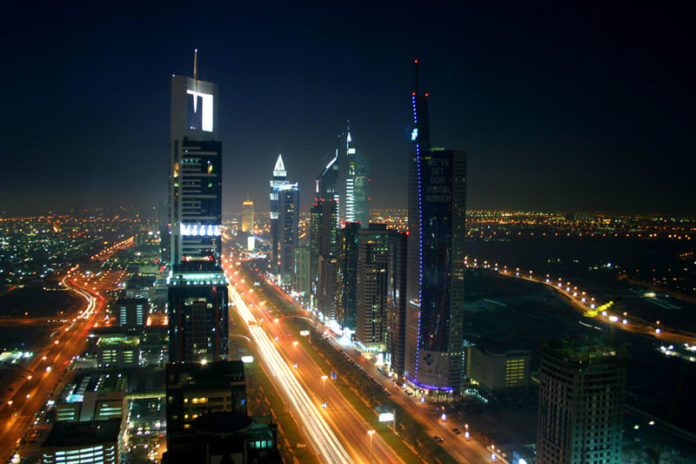 Across from the glittering skyline of the city of Dubai, the thousands of migrant slave workers who built these extraordinary structures live within squalid conditions, trapped and alone. For the millions of travelers who visit this city from all corners of the world, the dark reality centred around its creation is unknown.

In a short documentary, featured below, BBC reporter Ben Anderson and his team traveled to the city and went in search of the people who are building these shiny new tourist attractions—what he found emulated brutal slave labor.

During his three month investigation, Anderson interviewed activists working to educate the world on the city’s harsh realities, interviewed the workers themselves and witnessed firsthand the abominable living conditions these men are exposed to.

For the investigation, Anderson and his team primarily focused on Bangladeshi workers. The majority of these migrant workers, from either Bangladesh or Pakistan, had been approached by agents in their home villages. These agent come spilling tales of wonder and well paid work (£300 a month)  opportunities in Dubai. In return these agents take a large fee, an average of £2,000, to fly these workers to the city and provide them with a visa; however, what they are not told is, that the moment they step off the plane, their passports will be taken and their working wage will actually much lower than originally promised, sometime by as much as half.

Already indebted by the time they arrive and with no way of returning home, these men are then forced to work for the duration of their contracts. Typically these men are forced to work 12 hour shifts 6 days a week, often in temperatures the exceed fifty degrees. For this hard labor they will earn a mere £150 a month, a salary which is neither large enough to pay off their debts or sufficiently feed themselves. Many of the men also go months without receiving any payment at all.

Upon going undercover as a British tourist, Anderson signed up to a first group tour which promised to show the side of Dubai that cannot be shown in the media or on the website. During this tour, Anderson asks about the workers well-being. As seen in the video, the first group sales team are adamant that their staff are happy and well treated “Absolutely, they have staff accommodation…I think they’re pretty happy to be here, actually, because it’s much more difficult to earn some money in Pakistan or India,” said the featured guide. When Anderson informed her that it is important for them to know that they are well treated, the guide responded by saying, “Absolutely, don’t worry. There are no slaves here.”

In reality, the treatment of these workers cannot be classed as anything less than inhumane. They commonly sleep in one room with eight other men and they are not provided with the basic living amenities, such as running water or cooking facilities. This lack of sufficient plumbing ultimately results in the men living among rivers of sewage that engulf the complex in an unbearable stench.

“The living conditions are really, really appalling. Almost inhumane conditions they’re been living out here.” says Almass Pardiwala, one of the only agents who has been enlightened to the truth of this dark reality. “Right now, I seriously wish the world would wake up and look beyond the glitter to the actual darkness which is there behind.”

It is estimated that there is around 3 million of these workers in the United Arab Emirates, many of which have left families alone, in debt and unable to sufficiently fend for themselves. They are scared, over worked, starving and living in squalor— and worst of all, they have no way to escape this unbearable existence. Watch the full story in the video below.

This Article (Documentary Reveals The Unknown Slaves Of Dubai) is free and open source. You have permission to republish this article under a Creative Commons license with attribution to the author and AnonHQ.com.