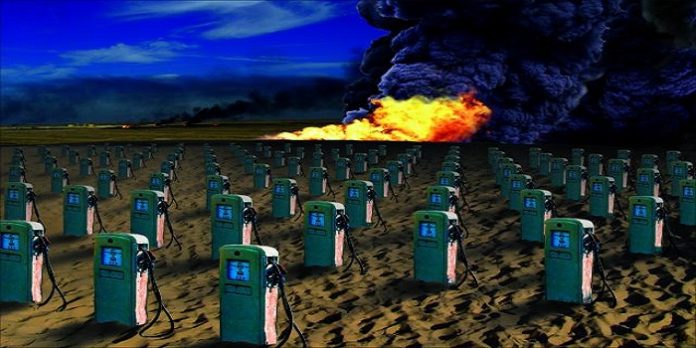 The oil and gas industry is a billion dollar fossil fuel industry, which influences American politics every year. To date, it has been reported that over $34 million has been spent lobbying for government support. Pipelines, such as the controversial Keystone XL to export dangerous tar sands from Canada to the Gulf Coast, and Arctic offshore drilling by Shell, are high on agenda, with Obama publicly supporting a financial boost for the companies in April.

But there is no risk of immediate war in the Arctic, the only pro to drilling on the unstable shelf in a pristine sea; unlike the lobbyist counterparts in other oil rich regions, such as Iran, Iraq, and now Syria.

Lobbyists have pushed and targeted environmental regulations and scientific research into environmental research much like the bully in the school ground. Lamar Smith, a republican for the U.S House of Representatives, spoke recently at a climate change denial conference, attacking NASA and the Environmental Protection Agency (EPA), stating “the science is clear and overwhelming but not in the way the President says. The fact is there is little evidence that climate change causes extreme weather events,” he continued his attack, “…the EPA justify their dictatorial approach by claiming regulations will slow global climate change and reduce carbon emissions. But heavy handed regulation and arbitrary emission targets will do lasting damage to our economy all for little environment impact.”

Climate lobbying isn’t the only concern on the oil industry agenda. The ongoing support for conflicts in the Middle East isn’t a media mirage. Corporations are seeking new enterprises to exploit: Iraq is the ideal example with hindsight now advantageous, with BP and other large companies earning lucrative amounts from the U.S. military occupation. According to the Energy Information Administration, 90 percent of Iraq’s region is unexplored. “But thanks to the invasion and occupation, the companies are now back inside Iraq and producing oil there for the first time since being forced out of the country in 1973.”

Oil lobbyists continue their push for profits from oil reserves. Their engagement in the matter potentially influencing the current crises in Syria and Iran.

This Article (Dollar Value over Real Cost: War and Oil) is free and open source. You have permission to republish this article under a Creative Commons license with attribution to the author and AnonHQ.com.