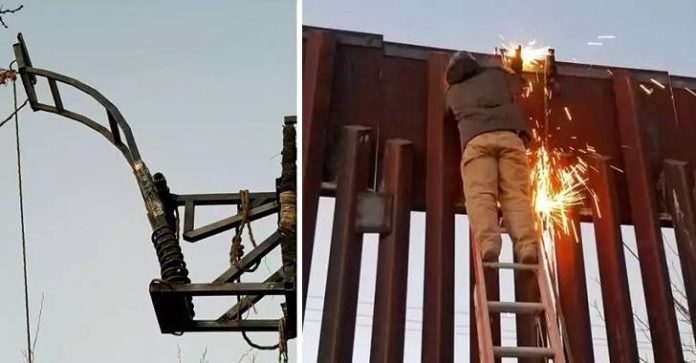 by Josie Wales at theantimedia.org

Phoenix, AZ — While patrolling in Arizona last week, U.S. Border Patrol agents located a catapult near the Douglas Port of entry area that was being used to hurl marijuana from Mexico to the United States.

According to officials, border agents noticed a number of people retreating from the area as they approached, and upon further investigation, they discovered two bundles of cannabis weighing over 47 pounds total. When the agents saw the catapult, they dismantled the apparatus, which was later confiscated by Mexican law enforcement authorities.

In 2013, The Guardian reported that a “marijuana cannon” had been seized from the border city of Mexicali after U.S. officers informed Mexican police that a large number of marijuana packages seemed to have been “fired” over the border. Mexican officials say they have confiscated several such devices in recent years.

You’re gonna have to make that wall a little bit higher, President Trump.