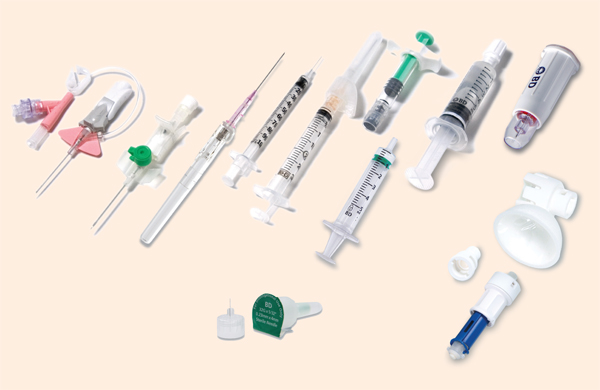 The crimes that are committed in the shadows are getting pretty absurd nowadays. We do not even know who to trust- be it our Governments, the State institutions or even private entities. It seems like corruption and greed is gradually digging its roots deep into the world.

It has emerged from records available at the Centers for Medicare and Medicaid Services that Drug and Medical Devices Corporations paid out more than $3.5 billion to various doctors and hospitals in the United States. The money paid by these large pharmaceutical companies is used to influence doctors and hospitals, so that they will always recommend the purchase of specific medical devices and prescribe the drugs made by these companies to their customers.

These documents got leaked thanks to a Sunshine Act provision regarding the Affordable Care Act, forcing drug and medical devices companies to disclose the documentation of the payments to try and inject some sanity and transparency into industry. These classified documents, which were declassified by the Act, said that between Aug. 1st and Dec. 31st, 2013, more than 1,300 hospitals and over 500,000 doctors received financial compensation from drug and device manufacturers. These companies ridiculously labeled those payments in a variety of categories, including: entertainment, meals, travel, research grants and consulting services…. All of which they give without any apparent conditions attached. Should we believe these were just harmless donations, not capable of influencing our stalwart doctors? Are these companies Father Christmas just giving out gift for nothing? What makes these cases so serious is the fact that these kinds of payments are widespread throughout the industry.

The naked truth is that the reason drug and device companies offer gifts and consulting payments to these greedy physicians and hospitals is obviously to influence their prescribing methodology. The interest of those corporations is to enhance their bottom-line, rather than focus on what is best for the overall health of their patients. And we will prove to you that probably even YOUR physician has been involved in this dubious act… at the end of the article.

Details of the documents revealed that many of the highest financial awards were given to orthopedic surgeons who consulted with various medical devices makers. Some of the patients who have fallen victims to these lies and have been harmed by these artificial recommendations have filed lawsuits against these companies.

Large pharmaceutical corporations like GlaxoSmithKline, Pfizer, and Eli Lily have now been ordered by the US Federal Government to report every gift they give to health care providers. But Consumer Advocacy Groups (CAGs) have criticized the Federal government for not doing enough to actually stop corruption in the industry.

CAGs say these payments serve as incentives for hospitals and doctors to use or prescribe specific products and thus may potentially compromise the overall quality of patient care in the US and beyond. And yes, they are right. We support their position.

A database has now been built online, where patients can check whether their physician has been in bed with these companies to influence their purchasing decision. The initiative has been welcomed by the CAGs as they believe the database will hold companies and doctors accountable along with providing helpful information to their patients. Forcing these payments to be out in the open puts physicians in the hot-seat, they add.

But the American Medical Association strangely claims that the online database information lacks perspective, and therefore appealed to the feds to postpone making the data available to the public…. apparently to allow doctors more time to fully review the reports. Can you believe that? Thankfully, their request has been turned down. The data is now available online.

If you want to find out whether your physician has been getting kick-backs from medical companies, just follow this link https://openpaymentsdata.cms.gov/ and enter his/her details and get the answer for yourself. We are watching them. We shall expose them. Expect us!