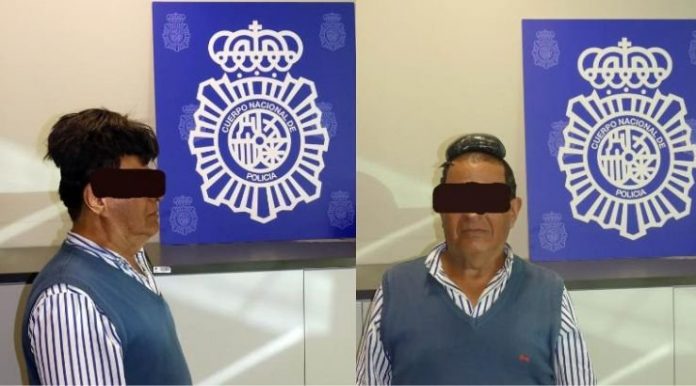 It is often the case, in the ongoing “war against drugs” that authorities are duped by drug smugglers’ ingenious methods to smuggle their contraband.

In one such case, however, the joke was on a Colombian man who was arrested by Spain’s national police. The man, coming through Barcelona airport, raised suspicion with an oversized hairpiece in attempts to smuggle a half-kilo of cocaine into the country.

The man was “considerably nervous” after leaving his flight from Bogota at the end of June. According to authorities, the Columbian national aroused suspicion due to the “disproportionate size” of his wig.

“Operation Toupee,” as the police have dubbed the sting, saw $34,000 of cocaine wrapped in a “perfectly sealed package taped to his head” seized by authorities. The drugs equate to just over a pound in quantity.

CNN reported that police couldn’t resist a joke or two, commenting that “his hair is going to fall off!”

A police account expressed exasperation with the man in his strange toupee:

“There is no limit to the inventiveness of drug traffickers trying to mock controls.”

Drug smugglers use airports along the Iberian Peninsula to smuggle Colombian cocaine into the booming European market. Often the European price of cocaine is astronomically higher than when sold in Latin America.

Although many large-scale smugglers are successful in their smuggling enterprises, drug busts often intercept tons of cocaine annually.

Only in May, Spanish police intercepted a crime ring attempting to import cocaine-infused plastic, leading to dozens of arrests. The cocaine, if finding its way into Europe, would have been extracted in sophisticated labs before making it to the streets.

The intercepted ring was a ‘family business’ led by the grandparents and parents of the same family. Police reported that the drug bust seized more than 600 kilos worth of cocaine from the coke-laced products.

More recently, Brazil’s far-right President Jair Bolsonaro was humiliated in June when one of his entourage was arrested. The Brazilian Air Force Officer was caught with some 39 kilos of cocaine in Seville, a southern Spanish city.

In another wig attempt back in 2015, a Portuguese woman was caught with 31 ounces of cocaine sewn into her hair extensions, and in 2018, Portuguese and Spanish police seized 1,642 pounds of cocaine. The cocaine was creatively hidden in South American fresh pineapples.

Other strange attempts have included smuggling the drug in plaster casts, crockery sets and even fake buttocks.

According to a list reported by the Guardian, Spain is the sixth-largest cocaine consumer in the European Union. The United Kingdom, Netherlands, Denmark, France and Ireland also made the list.

According to the Global Drug Survey 2019, cocaine fetches anywhere between $200 and $500 per gram in Japan, Australia, New Zealand, and the Middle East.

However, in Latin American countries where cocaine is often produced, the cost is as low as $5 to $10 per gram.