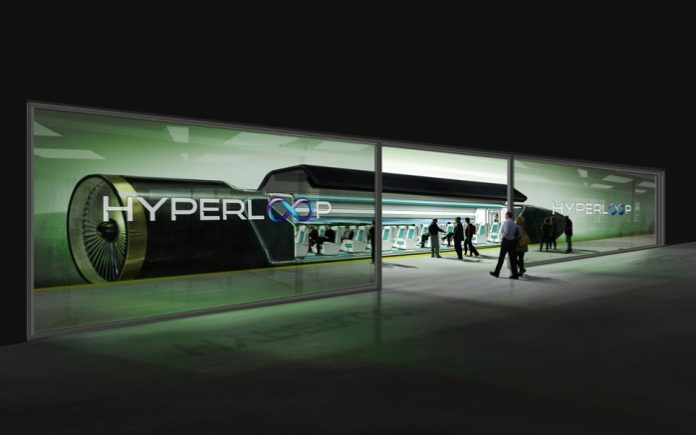 An American company called Hyperloop One has signed a deal with one of the fastest growing regions in the Middle East. The deal will see a train built that can take passengers from Dubai to Abu Dhabi in just 12 minutes.

To give our readers a better example, the distance from Melbourne to Sydney is more than 800 kilometers, taking almost 12 hours if you travel via train. Similarly, if you take a car it takes 9 hours and 13 minutes to reach Sydney, and if you fly, it takes 1 hour and 20 minutes. However, according to the company, the Hyperloop One transit system is going to make this 9-hour long journey a matter of 41 minutes.

The Los Angeles-based company completed the paperwork with Arab authorities at the start of this month, with plans to set the station in front of Burj Khalifa, currently the world’s tallest building. If things go according to plan, the nation will see a transportation system that works on electromagnetic technology, allowing wheel-less and frictionless travel of the train, or to be precise the pods, at very high speeds inside a pressurised tubing.

This idea was originally put forth by Elon Musk, the founder of Tesla motors and the commercial space company, SpaceX. However, Hyperloop One is amongst one of the two companies currently using this technology. The other company, which is called Hyperloop Transportation Technologies, is working in France to develop a high-speed transportation system.

Currently, the company is running tests and the date of completion is yet to be announced, but if all initial reports and tests go accordingly, then the transportation system is set to be ready in five years.

The company also tested this technology in the deserts of Nevada during the summer to mimic United Arab Emirates conditions. If this project is successful, it’ll revolutionise our way of travelling for future generations to come.

This article (Dubai’s New Hyper Loop Train is Going to Turn Hours of Travel into a Matter of Minutes) is a free and open source. You have permission to republish this article under a Creative Commons license with attribution to the author and AnonHQ.com.