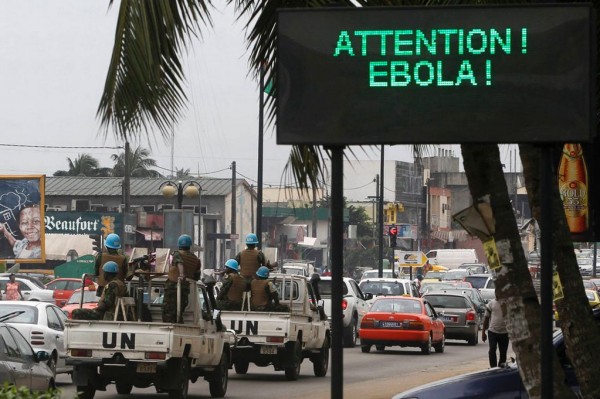 In December 2013, in the West African country of Guinea, a one-year-old boy identified as Emile Ouamouno, died in a small village called Meliandou. His mother, sister and grandmother also became ill with similar symptoms and died.

Unknown to the village, and the world as a whole, the disease would go on to bring fear, panic, death, devastation and a complete health emergency to the entire world.

The disease, which was finally identified as Ebola, spread to villages, towns and cities across the country before entering neighboring Sierra Leone and Liberia. Nigeria, Mali and Senegal also later recorded the disease. Although an outbreak of the disease was recorded in sub-Saharan Africa in 1976, no cases had ever been reported in West Africa. Due to the lack of health facilities and experts, the early cases were mistaken for a normal fever, which is common in West Africa. This allowed the disease to spread and go unrecognized for several months.

However, the world would wake up to the reality of the disease only after aid workers and volunteers from western countries contracted the disease. That was when the world, particularly leaders in the Western world, realized the disease has no boundary.

The United States recorded only four cases of the disease; however, this story became the major headline in the mainstream media. President Obama even made the statement, “Ebola is spiraling out of control,” during a global call for action against the disease. That was the moment the World Health Organization (WHO), started organizing emergency meetings with world leaders to solicit support to combat the disease. Meanwhile, Médecins Sans Frontières or Doctors Without Borders (MSF) had been crying from afar that the disease needed special attention from the world. According to a number of sources, the resources that were available in the affected countries were not enough to bring the disease under control.

MSF said, “Six months into the worst Ebola epidemic in history, the world is losing the battle to contain it.”

The disease continued to cause destruction and panic until August 2015, when WHO reported that it had been able to bring the disease under control. As of October 13 2015, the disease has infected 28,502 people. Out of this figure, as many as 11,312 people lost their lives. The majority of these tragic deaths occurred  in the three most affected countries, Guinea, Sierra Leone and Liberia.

Due to the limited government support, lots of children in these countries have now become homeless orphans.

WHO admitted that, “The Ebola epidemic ravaging parts of West Africa is the most severe acute public health emergency seen in modern times.” In addition, the Director-General, Margaret Chan, called the outbreak “the largest, most complex and most severe we’ve ever seen.” Although there is still no cure or vaccine for the disease, there are major advances. Trials for immunizations have been implemented and according to the WHO, “a safe and effective vaccine is hoped for by the end of 2015.”

MSF, which fought with full commitment and bravery in response to the disease, has continued to emphasize that the disease might resurface if concrete measures are not put in place to take care of future outbreaks.

As it stands now, the only thing we can do is support MSF’s attempts to show the world the harsh reality and push for more preventative measures.

This Article (Ebola Could Once Again Become A Global Health Emergency) is free and open source. You have permission to republish this article under a Creative Commons license with attribution to the author and AnonHQ.com