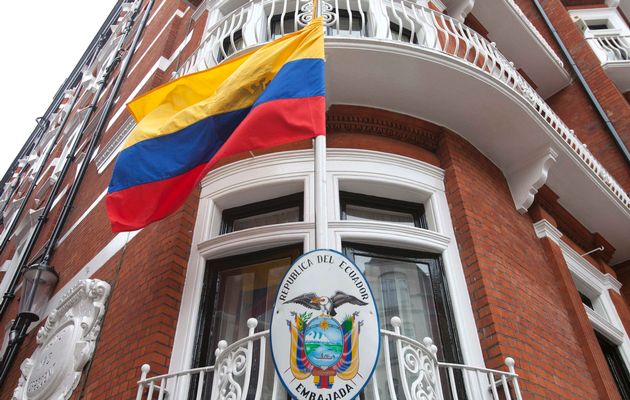 Early Monday morning, an intruder attempted to scale a wall at the Ecuadorian embassy. The embassy houses WikiLeaks founder and international fugitive/hero, Julian Assange. A WikiLeaks tweet regarding the incident, stated that a male intruder climbed the wall of the embassy, sparking a number of assassination attempt allegations.

It would be a stretch to say that the break-in attempt and Assange’s presence in the embassy were coincidence. Assange has had a heavy media presence lately, resulting mainly from the Hillary Clinton email scandal. Assange and WikiLeaks published thousands of Clinton’s emails, which were hacked from her private server. Assange also lit a fire in Washington, releasing additional emails that were allegedly hacked from Democratic National Committee servers. The DNC leak showed that they conspired with Clinton to cast Bernie Sanders in an unfavorable light, tilting public perception in Clinton’s favor. WikiLeaks began tweeting the encounter just moments after it occurred. Apparently, the break-in was foiled by embassy security shortly before 3:00am. As would be expected, WikiLeaks broke the story. At this time, the reason for the break-in attempt can only be speculated upon. Many have already taken to social media to voice their opinions. It wasn’t too long after this incident became known, the court of public opinion deemed it an assassination attempt. While purely speculative in nature, this conclusion does not seem outside the realm of possibility.

In a release to the press, the embassy stated, “The government of Ecuador regrets that, despite the enormous resources that the British government has undertaken to prevent Julian Assange leaving the Ecuadorian embassy, the authorities did not respond more quickly to this extremely serious attempt at unauthorized entry.” Hillary Clinton’s name has also been thrown into the mix – as a would be suspect in any assassination attempt. If ever there was a comic book villain type politician who had the means, motive and opportunity to pull off something like an assassination attempt, it is Hillary Clinton. The body count surrounding Clinton and her campaign, seems to grow every day. The allegations of political murder and sabotage that have surrounded the Clintons’ for decades, have been panned by mainstream media as a thing of conspiracy theorists. While circumstantial in nature, it is difficult to ignore the trail of bodies that the Clinton legacy have left in their wake. If Assange does have additional emails that he claims will lock Hillary up for good, he might stand as the only obstacle between her and the level of power she has always striven for. That puts Assange in a very dangerous position – if you believe Hillary is capable of such actions.

Assange has always had a reputation for ruffling feathers at the highest levels of government. There is a laundry list of world leaders who would like to see him arrested or killed. Assange has been given sanctuary in the embassy, where he would otherwise be arrested and taken to Sweden over questioning for sexual assault allegations. This break-in, if nothing else, should serve as a reminder that diplomacy is not enough to protect political exiles like Julian Assange.

This article (Ecuadorian Embassy Intruder Scales Wall, WikiLeaks Reports Assange Safe) is a free and open source. You have permission to republish this article under a Creative Commons license with attribution to the author and AnonHQ.com.