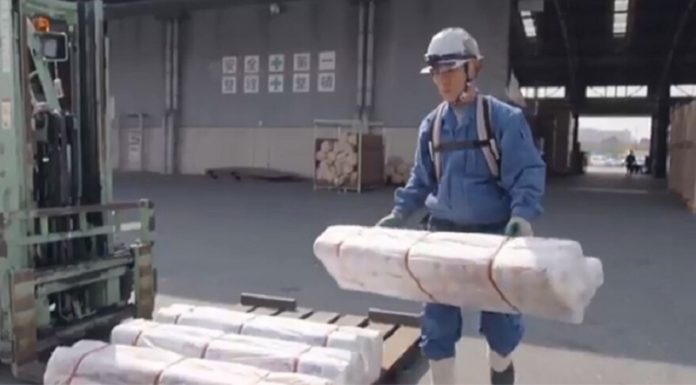 While powered exoskeletons may seem like something out of the movies—think Alien, Avatar, Elysium, and how could we forget Iron Man—the concept has increasingly found favor in various applications, ranging from the battlefield to the assembly line and even to restore function to paralyzed people’s body.

But now, elderly citizens in Japan are preparing to potentially step into powered exoskeletons so that they can continue laboring into their old age and stall retirement for as long as possible, New Scientist reports.

To put into perspective how dystopian that prospect is, just consider that Japan has one of the largest populations over the age of 65 out of any country, comprising about 26 percent of the total population, per 2015 census data. Japan has both the world’s highest life expectancy and the lowest birthrate.

And as Japan’s workforce continues to decline, the right-wing government of Shinzo Abe has sought to grapple with labor shortages and increased public spending on the senior citizen population by raising the retirement age from 60 to anywhere between 65 and 71.

But now, Japanese tech companies hope to use these exoskeleton suits to allow them to continue their labor well into their advanced age, with some suits costing only $1,300 and allowing people to lift up to 55 pounds. The suit can be charged through a hand pump that fills the “muscles” with pressurized air.

“One client is a family-owned company which makes and sells pickled radish and uses heavy weights in the process of production.

The father is in his 70s and was supposed to retire but is still working with our muscle suit.”

Automotive giant Toyota has also poured funds into its motorized exoskeleton research division, in part out of hopes to support the aging workforce. Panasonic, too, has created the popular Atoun Model Y, a $5,500 suit that adds 22 pounds of lifting force to wearers.

No doubt, many senior citizens with their faltering and fragile bodies would prefer a bit of mechanical assistance to allow them to lift heavy loads and physically function as they did when they were younger.

However, Japan also has a horrible reputation for working its people to the point of utter exhaustion, if not a total mental breakdown. With a shrinking population that only continues to rapidly age, powered exoskeletons may be the only means by which industry can continue squeezing the last bit of labor from the Japanese people.