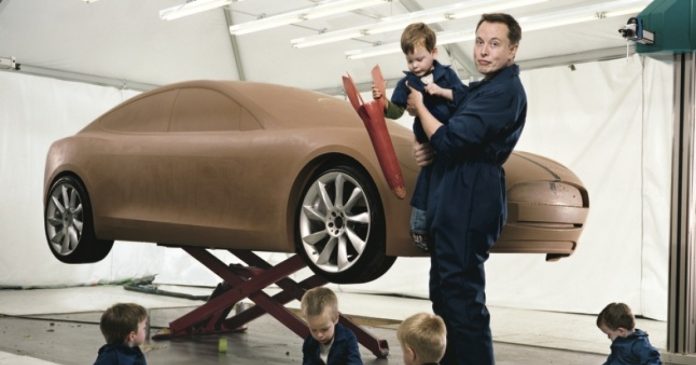 “Unschooling” is an educational method advocating learning in a natural environment via self-direction of the student. Around since the 1970s and used by educator John Holt, it is still considered to be a controversial method of schooling for children. While homeschooling has attracted wide-spread debate, what is normally considered a sub-set, unschooling is a more extreme philosophy focusing on equipping the child with real world situations.

Inventor and entrepreneur of SpaceX, PayPal, and Tesla Motors, Elon Musk has set up his own alternative school for his children, describing the process as “unschooling,” after he reveled that traditional schooling was neither valuable nor interesting to him as a child. “I didn’t see the regular schools doing the things I thought should be done,” Musk said. Taking on the more radical approach to schooling, Musk’s children will learn through natural life experiences, which present themselves on a daily basis. Household responsibilities, play, work experience, mentoring, books and elective classes that the child is interested in, will most likely be on the agenda. The intent will be to focus the child’s curiosity and exploration of activities initiated by them under the philosophy that if it is more meaningful to the child, it will become more understood, and useful.

There is something to be said about the man who thinks outside the box. Musk speaks about several topics including being a “multi-planet population” or electric cars becoming the norm, as essential occurrences for the necessity of our survival as a race. Self-taught in a lot of fields, Musk states in an interview below that he “learns what he needs to learn to accomplish an objective.” He goes on to say that most people “self-limit [their learning ability]. If you read a lot of books and talk to people you can learn anything.”

A self-professed bookaholic because his family moved around a lot in his childhood, his own self-directed learning is part of the legacy he accepts and acknowledges; that he now passes down to his own family. Down to earth with humble beginnings, Elon Musk reiterates that anything is possible if the person can remove their own limitations. Something he no doubt hopes to pass through to his five sons’ through unschooling.

“It makes more sense to cater the education to match their aptitudes and their abilities.” It isn’t a production assembly line – treating every child the same. Problem solving is taught, and along with that, the understanding of the tools used to solve those problems is also imparted. He wants his children, and all children, to reach for the stars in an unhindered and open-minded way.