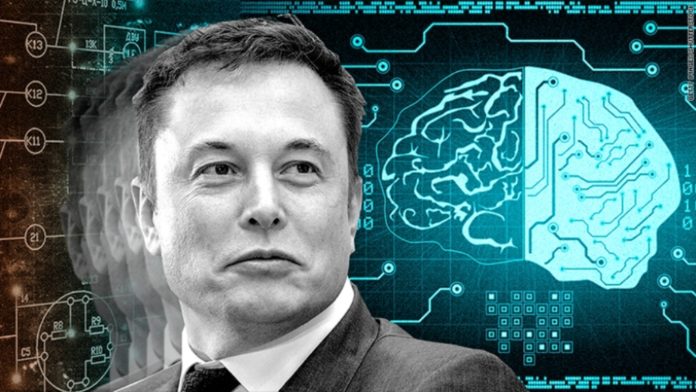 Elon Musk is set to be the Tony Stark of the real world. From settling a colony on Mars to Hyper Loop trains, Musk refuses to stop. Most recently, another revolutionary idea of his is to merge man and machine together.

In the past, Elon Musk has shared his visions about technological advancements, one being a neural lace – a special unit for your body so it can be programmed to accomplish its tasks. Now, it seems, Musk intends to build this through a company called Neuralink.

The entrepreneur, who is constantly trying to make the world a better place, confirmed with The Wall Street Journal the unveiling of the project on March 28.

According to the Wall Street Journal, Musk’s new company, registered in California, is a research company specializing in human biology and related technology. But with little information circulating the internet, people are curious about his new project.

For now, the plain and simple theme of a computer linked to the brain is the main gist of his tweets. Moreover, Musk has discussed how humans are becoming semi-cyborgs with small chips, artificial eyes and many other biotechnological advancements being installed into their bodies.

In one recent interview, Musk suggested we’re linked to everything that has an on and off switch, restricting the human interference in these boundaries by having to touch things.

Musk wishes to find a way of bonding biotechnology with the human body so that humans can go beyond the constraints of the I/O technology – so direct metal interface can be achieved.

Questions have been raised as to whether surgery would be required to attach such a device onto the human body. Musk stated that the bounding of the biotechnology will not require surgery, however will work by going through blood vessels because of their complete network of nerve cells around them.

Once the human brains are implanted with the latest advancements, Musk said, the technology may allow future scientists to save humans from becoming dull, making our brains more powerful.

Long Neuralink piece coming out on @waitbutwhy in about a week. Difficult to dedicate the time, but existential risk is too high not to.

“It is a really extremely cool company and I cannot wait to tell you about it. I was given the low-down about it earlier this month and have been rapid-fire learning ever since. A turn out the brain is obnoxiously not simple. But do not worry, there is a deadline,” stated website Wait But Why.

This article (Elon Musk’s New Company Will Merge the Human Brain with a Machine) is a free and open source. You have permission to republish this article under a Creative Commons license with attribution to the author and AnonHQ.com.