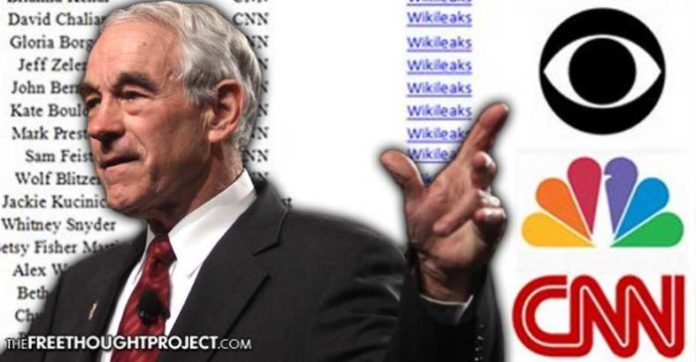 These two words “Fake News” came to prominence after the 2016 United States presidential election. The election outcomes shocked the Democratic Party’s candidate and all her surrogate journalists in the mainstream media.

As part of a broader propaganda campaign against Donald Trump before the election, these journalists said there was no chance of him winning. Many pre-election polls covertly sponsored by these journalists and their media owners, projected Hillary Clinton as the winner. However, on the actual day of reckoning, Trump delivered a heavy blow to these propaganda polls. He garnered enough Electoral College votes to grab the presidency.

Dejected and disappointed, the journalists who launched the fruitless campaign for Clinton turned to the blame game—probably to convince Clinton they did their best for her.

Many of these journalists called for the shutting down of alternative outlets on social media. Facebook was specifically blamed for allowing its platform to be used to share the alleged fake news about Clinton. Facebook founder Mark Zuckerberg was prompted to break his silence, describing the claim as baseless.

Not only did Zuckerberg stand against the fake news claim, other prominent Americans have also added their voices.

Ronald Ernest Paul, popularly known as Ron Paul, is an author, physician and former politician. He was formerly the Representative for Texas’ 14th and 22nd congressional districts. On three occasions, Mr Paul sought the presidency of the United States: as the Libertarian Party nominee in 1988 and as a candidate in the Republican primaries of 2008 and 2012. Although Paul has retired from active politics, he’s known for critiques on U.S. mainstream institutions working to please the Establishment. After the presidential election and the subsequent fake news brouhaha, Mr Paul also offered his opinion on the issue.

The former Congressman has revealed a list of fake news journalists he claims are responsible for “bogus wars” and lies about Clinton’s chances of winning the election. Journalists from CNN, The New York Times, MSNBC, ABC, Bloomberg, and Guardian among others, were included in Mr Paul’s list. The list has been described as ‘epic.’ “This list contains the culprits who told us that Iraq had weapons of mass destruction and lied us into multiple bogus wars,” Mr Paul wrote on his think-thank website Ron Paul Liberty Report. Paul claims the list is sourced and “holds a lot more water.”

Paul’s list includes the full names of the “fake news” journalists as well as the publications they write for, with what appears to be hyperlinks to where the allegations are sourced from. In most cases, this is WikiLeaks, but none of the hyperlinks are working at present, leaving the exact sources of the list unknown.

CNN of course topped the list. The outlet had nine entries, followed by The New York Times and MSNBC, with six entries each. Mr Paul revealed the dangers of these journalists working with these outlets and their ability to have become professionals in the lying business. “These are the news sources that told us ‘if you like your doctor, you can keep your doctor. They told us that Hillary Clinton had a 98% of winning the election. They tell us in a never-ending loop that ‘The economy is in great shape!’”, Paul said.

Independently speaking, Mr Paul’s list shows how corrupt journalists working in the mainstream media have become. Prior to the election, leaked files published by WikiLeaks revealed certain mainstream journalists working for the Clinton campaign. The New York Times journalist Maggie Haberman was fingered in one such leak. Another report also revealed CNN leaked questions to Clinton before a presidential debate. These clandestine activities were committed by the mainstream journalists to ensure Clinton won the presidency. But as it failed to materialize, they had no option than to indulge in a senseless blame game. Ron Paul’s contemporary thinking will no doubt continue to expose others for their part in the game, however.

This article (Epic List: Ron Paul Names and Shames Journalists Disseminating Fake News in the Mainstream Media) is a free and open source. You have permission to republish this article under a Creative Commons license with attribution to the author and AnonHQ.com.