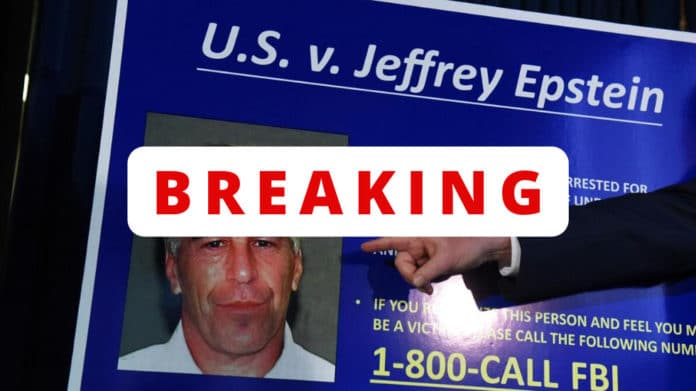 Documents related to the Jeffrey Epstein case in 2006-2008 have been officially published online for the public to review, reports the Sun-Sentinel.

Dave Aronberg, a state attorney in Palm Beach, Florida, announced the new online portal filled with a treasure trove of documents, videos, and audio files concerning the 2006-2008 prosecution of the infamous sex offender whose suicide has been disputed by private pathologist Michael Baden.

Epstein warned his lawyers that someone tried to kill him weeks before his death and notified authorities, the Washington Post reported—a fact often ignored by the corporate media. Curiously, security footage recorded in the correctional facility was reported to have been accidentally destroyed in December.

A report by the NY Post has said that Epstein had told his lawyers that his cellmate—alleged mobster and ex-cop Nicholas Tartaglione—had choked him weeks prior. This is the reason that Epstein wasn’t on suicide watch, according to his lawyers. It is worth noting that Tartaglione was allegedly transferred one day prior to Epstein’s death.

However, these newly-released documents are related to the “sweetheart deal” that Epstein received back in 2008. Epstein plead guilty in 2008 to two-state prostitution charges and agreed to an 18-month jail sentence where he was allowed to leave prison for work 16 hours a day. He was also forced to register as a sex offender and promised to reach financial settlements with dozens of his victims.

The files probably won’t provide much new information because many of them have already been public, according to the report. But the statement that was released with the documents is worth look into in itself. Aronberg said:

“First, I had nothing to do with the investigation that resulted in Epstein pleading guilty 12 years ago to prostitution charges instead of federal crimes.

Second, I have no access to one particular file that is sought by special prosecutors appointed last year by Gov. Ron DeSantis.

I have never seen or had access to the Epstein Grand Jury transcripts, as the State Attorney’s office has never possessed them.”

This suggests that even after Epstein’s death there remains a cover-up effort to suppress the Grand Jury transcripts which may include names or information about other people involved in the pedophile ring that were protected as part of the plea deal.

The 66-year-old pedophile was given an unfair plea deal, violating the federal Crime Victims’ Rights Act established in 2004, by failing to notify the 32 identified victims, lawyers for the women have repeatedly stated. The plea deal, according to sources, was a deal arranged with the FBI in exchange for ratting out financial malfeasance at Bear Stearns by hedge fund managers Ralph Cioffi and Matthew Tannin. It was an unthinkable exchange.

If that’s not enough, in 2015 Politico reported that court documents released through litigation showed prosecutors cooperating with Epstein’s lawyers to keep the deal secret.

Assistant U.S. Attorney Marie Villafaña used her personal Gmail account to suggest to one of Epstein’s lawyers that they could file legal papers in a different jurisdiction as a way to “hopefully cut the press coverage significantly.” Villafaña then told Epstein’s attorney that they would “include our standard language regarding resolving all criminal liability and would even mention ‘co-conspirators’.” However, she “preferred to not highlight for the judge all of the other crimes Epstein was accused of and other persons that we could charge.”

The plea deal was brokered with the help of then-U.S. attorney Alexander Acosta. The deal was criticized as lenient because Epstein could have faced a life sentence. There are also allegations that prosecutors were threatened legally, according to Acosta.

Explaining his decision in the case in a 2011 letter, Acosta said he backed off from pressing charges after “a year-long assault on the prosecution and the prosecutors” by “an army of legal superstars” who represented Epstein, including Harvard Law professor Alan Dershowitz, Kenneth Starr, and some of the U.S.’ most prominent defense attorneys including Roy Black, Gerald Lefcourt, and Jay Lefkowitz.

“The defense strategy was not limited to legal issues

Defense counsel investigated individual prosecutors and their families, looking for personal peccadilloes that may provide a basis for disqualification.”

Dershowitz told the Chicago Tribune that no such effort to stir the prosecutors ever took place. “That’s just dead wrong,” he said. “I would never participate in anything of that kind. Of course, we investigated the witnesses but not Acosta’s deputies. That’s absurd.” Acosta’s “intention was to indict, and he fought hard and tried to get the best deal he could,” Dershowitz said. “We out lawyered him.”

However, Acosta’s staff had advocated for him to pursue a federal indictment. Instead, he offered a non-prosecution agreement with Epstein without any of the victims’ knowledge of the deal.

The Miami Herald also dug into public records in Palm Beach and the state of Florida that show Epstein “sought to ingratiate himself with local law enforcement officials.”

“Sometime between June 1, 2001, and May 31, 2002, while  accusers say he was operating what amounted to a sexual pyramid scheme—luring underage girls to his home then having them recruit other girls—he gave $50,000 to the Palm Beach Police Scholarship Fund, which offers  tuition help to the children of law officers. This was followed by an  Oct. 16, 2003, donation to the Town of Palm Beach for $36,000. Finally, Epstein donated $90,000 to the Palm Beach Police Department  on Dec. 14, 2004—just a few months before the initial police  investigation into his conduct began. With Epstein under scrutiny, the $90,000 was held under the pretense  of purchasing new equipment. The department reasoned that returning the  money might have tipped off Epstein to the fact that he was under  scrutiny. The department issued him a $90,000 refund the day he turned  himself in at the local jail.”

Epstein also paid off the Palm Beach police department with a $128,000 bribe through his nonprofit organization during his incarceration between 2008 and 2009. The bribe was paid to the Sheriff’s Office as part of the arrangement for his supervised work-release program, which allowed him to leave for 16 hours a day, the Sun Sentinel reported.

Even former Palm Beach police chief Michael Reiter, whose department conducted the initial investigation into Epstein, said in a civil lawsuit deposition that Epstein got off easy.

“That wasn’t an appropriate resolution of this matter,” Reiter said, arguing that the charges against Epstein were “very minor” compared to what the facts called for.

Reiter, who was the partner of Joseph Recarey, further stated prior in 2010 in an exclusive interview with the Daily Beast that during the investigation they became aware they were being watched under surveillance for several months by an unknown source. Reiter also previously stated that State Attorney Barry Krischer was hesitant to prosecute Epstein, causing Reiter to send a letter to Krischer complaining of the “highly unusual conduct.”

The facts become even more disturbing and chilling when you learn that State Attorney Krischer, who turned a blind eye to this case, was also in charge of Florida’s Crimes Against Children Unit, a position of power in which he could directly affect cases against persons accused of crimes against children.

Additionally, in July 2008, shortly after reaching his non-prosecution deal Epstein sent a shredder to his Palm Beach home. He also shipped a tile and carpet extractor from the Virgin Islands to his Manhattan townhouse and silk carpets to his Zorro ranch shortly after a Florida federal judge invalidated his deal, the Intercept reported.

To many it appears that Epstein was in fact destroying evidence, obstructing justice, bribing officials, and hiding potential DNA such as hair follicles, blood, and bodily fluids that may have been embedded into the carpet/tiles. It is hard to deny that there was a massive network behind Epstein protecting him and others. Some have gone so far as to suggest it is possible that those same individuals could have had the convicted pedophile killed to keep their dirty sick secret.