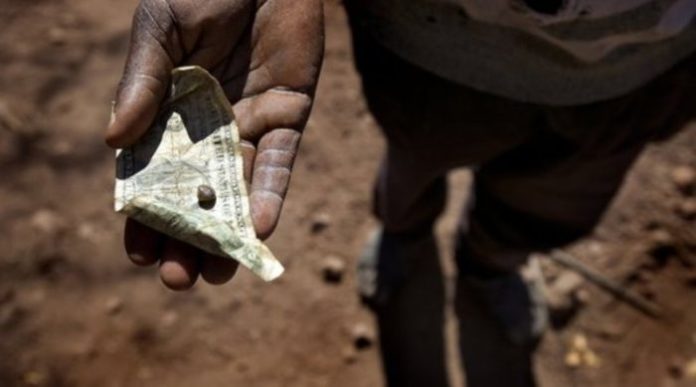 If you’ve not heard about conflict minerals or resources, let’s explain it briefly to you.

Conflict resources are resources such as lumber, oil, diamond, gold, cobalt, oil etc., that are harvested through exploitation and terror during or after a conflict. In fact, the resources are the chief engines of the conflict, because they may directly fund and bolster armed militias vying for power or violent regimes.

For example, the so-called Islamic States of Iraq and Syria (ISIS) are able to maintain their position in Iraq and Syria partly through the funding stemming from “conflict oil.” The terrorists loot oil from battlefields, selling it on the black market. For a long time, leading human rights organizations such as Global Witness and Amnesty International, have accused Western companies that deal in minerals of plying their trade in conflict zones in Africa, allowing rebels in such areas to have funds to buy weapons to continue unleashing terror against innocent people.

It is even said some of these companies engage in direct barter with the rebels, with weapons for minerals exchange. In Africa, for example, “blood diamonds” became synonymous with countries such as Sierra Leone, Liberia, Ethiopia, and Democratic Republic of the Congo (DRC) among others. In the DRC, rebels still control parts of the remote areas of the country rich in diamond and other minerals. They force civilians, including children, to risk their lives to mine the diamond so it can be sold for money to buy weapons, continuing to fuel the conflict. Human rights campaigners believe if Western companies buying these resources could halt their practice, the money used for supporting armed conflicts in such areas would dry up. Rebel groups would then lack the capacity to continue their insurgencies.

In the United States, for example, human rights campaigners succeeded in getting conflict minerals from DRC investigated as part of the famous Dodd–Frank Wall Street Reform and Consumer Protection Act, passed by Congress in 2010. Although critics have said the Act failed to address the issue thoroughly, it at least shed some light on the situation, raising public awareness.

The European Union (EU) is now also taking measures to stop companies within its jurisdiction from trading in minerals being supplied from conflict zones. The EU has passed a law, making it harder for its companies to buy conflict minerals. Although human rights campaigners say there are loopholes in the law, the law has brought some integrity to the global trade of minerals. Michael Gibb of Global Witness welcomed the new law, but urged lawmakers to ensure it is being enforced to serve its purpose.

“This Regulation is a welcome step forward. But while the EU has sent a strong signal to a small group of companies, it has ultimately trusted that many more will continue to regulate themselves. It is now up to these companies to show that this trust is well-placed and well-earned; and we expect our lawmakers to act if it is not,” Mr Gibb said in a press release. Global Witness said despite the obvious shortcomings in the law, it is still a victory for advocates of fair trade of minerals. In fact, the law is the first global law to ban the direct purchase of conflict minerals. Many of the conflict minerals are sold on the black market. A much larger share ends up in the products we all use on a daily basis. If you own a Samsung or Apple cell phone, it most likely contains cobalt harvested in conflict zones in the DRC.

This article (EU Gets Closer to Banning Conflict Minerals from Supply Chains) is a free and open source. You have permission to republish this article under a Creative Commons license with attribution to the author and AnonHQ.com.