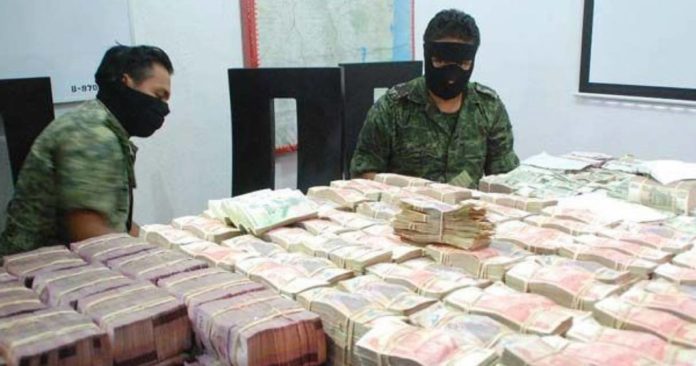 We have consistently reported that all extremist and terrorist groups aligning themselves with Islam are doing it under false pretense. Islam is one of the four Abrahamic Religions which represent peace and tranquility on Earth.

In fact, one needs not to go beyond the first chapter of the Holy Quran (Sūrat al-Fātiḥah) to understand the teachings of Islam. The chapter specifically requests adherents to constantly ask for direction from God in order to be counted among the righteous people in the afterlife. But if you look at the barbarity at which terrorist groups such as ISIS, al-Qaeda, Boko Haram, al Shabab, Taliban and others are operating in the name of Islam, it shows they are far removed from the teachings of the noble Quran.

Especially ISIS. The group’s black flag has become the latest symbol of Islamic extremism. The brutal nature of ISIS’ beheading and slaughter of its victims while recording and sharing it on internet to show its power, is nothing but a complete misrepresentation of Islam.

ISIS and all the other terrorist groups’ actions have nothing to do with religion. They use Islam to hunt for money and power. The fundamental goal of these terrorists is to create fear among people so they can continue to carry out their nefarious activities with other distinct criminal groups, such as drug cartels, to generate money through the illegal economy or black markets. In the last 30 years, there has been a proliferation of terrorist groups – all claiming to adhere to the Islamic faith. However, there is evidence to suggest that many of these groups deal directly in the drug trade, generating millions of dollars to finance their activities.

For example, the then U.S. Drug Enforcement Agency Chief Operations Officer, Michael Braun, once said in 2008 that the organizational sophistication the Taliban uses to traffic  opium is the same as the now defunct guerilla movement, the Revolutionary Armed Forces of Colombia, who previously trafficked cocaine.

More evidence is now emerging. It is estimated that the majority of terrorist organizations have direct links to the illegal drug trade. About 40 per cent of all cocaine reaching Europe each year arrives through Africa. Africa is just the transit point. The drug is grown in Colombia and Peru. It is then transported across the Atlantic via “Highway 10” – a route along the 10th parallel – generating an estimated £640m annually on reaching the Sahara. Due to the political instability in Mali and Niger in the last few years, al-Qaeda affiliates such as al-Qaeda in the Islamic Maghreb and the National Movement for the Liberation of Azawad, among others, have direct control of the route. These groups make huge amounts of money from the drugs transported through this area.

Nigeria’s terrorist group, the Boko Haram, is also said to have control of ancient trading routes through Niger, towards Europe. The group combines kidnapping and drug smuggling to finance their operations. Hezbollah in Lebanon and al-Shabaab of Somalia are also known to benefit from global drug routes, with Afghan opium reaching Kenya and Ethiopia.

As for ISIS, the situation is appalling. Just like the U.S. deliberately supplied drugs to its soldiers in Vietnam to increase killings, ISIS fighters are also said to be drugging themselves in order to carry out their brutal crimes. Last year, Syrian border officials seized over 11 million amphetamine pills from ISIS fighters who were returning from the battlefield. “Traffickers and terrorists require control of populations, through fear and exploiting the most vulnerable. The similarities between South American cartel tactics and those of Islamists are extensive, from the harnessing of social media and the internet for propaganda to spread beheading videos, to projecting themselves as powerful and in pursuit of a greater cause, attracting the disaffected, despairing people at the edge of society, to whom an early death seems acceptable. Criminals, addicts, or simply broken, vulnerable people are recruited into a hellish global network of brutality and greed. This is reflected in the entirely un-Islamic, recurring backstory of the recent terrorist attackers, from Orlando to London,” author and activists Hiba Khan wrote in an op-ed for The Independent.

There is no way we can draw a parallel between the madness and senseless acts that these criminals are committing under the name of Islam. The Quran forbids the use of mind-altering substances. Dealing in drugs and still claiming to be a Muslim means subverting the teachings of the Quran. Leaders of these terrorist groups have learnt their heinous trade from mainstream politicians. Politicians deceive us by pretending to care about pressing problems in our society during election campaigns. When we give them the mandate, they plunder our resources and create fake realities. These terrorist groups similarly use Islam to woo their fighters. But they know their cause has nothing to do with Islam. It’s all about drugs, money and their control.

This article (Evidence Proves ISIS, Al-Qaeda are Drug Cartels — Money Motivates Them, Not Religion) is a free and open source. You have permission to republish this article under a Creative Commons license with attribution to the author and AnonHQ.com.