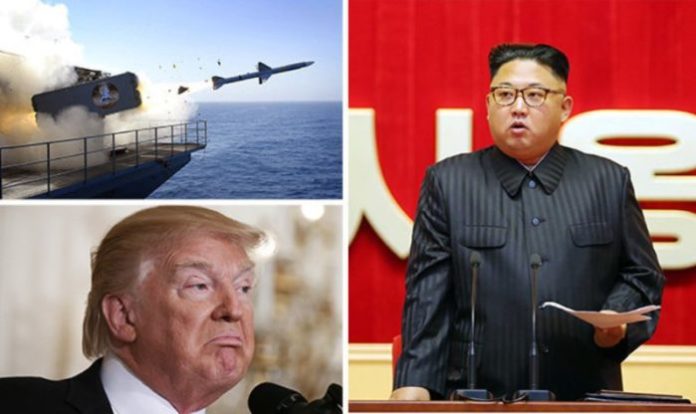 Can we ever trust the U.S. President Donald Trump? Can we ever take him seriously on important issues anymore? These are but a few questions we need to find answers to.

There is no question that Trump is failing on his campaign promises. Some of the actions Trump has taken so far as president, are decisions he strongly opposed while outside the White House. Probably, he now sees things differently.

But that isn’t the current concern. The concern now is that Trump appears to be lacking full control as the Chief Executive of the United States. He is getting some of the fundamentals of being a president dangerously wrong. When Trump ordered the 59 Tomahawk missiles to strike on Syria, he appeared on Fox Business Network, shedding light on his decision. Surprisingly, Trump couldn’t accurately recall the name of the country he fired the missiles at. Well, you may say it was a slip of the tongue, but the point is, when you have leader, whose decisions affect millions of people around the world, and he is slipping on such important issues, then you know there’s a potentially big problem.

Following the Syria strike, Trump jumped at North Korea. Trump said the U.S. is ready to confront North Korea with a military force to stop the country from pursuing its nuclear weapons program. This statement led the world to believe that a war was just around the corner. Considering the short timeframe between Trump’s order of the Syria strike, then Afghanistan; the potential for Trump to take similar action on North Korea was huge.

To heighten fears of war with North Korea, Trump appeared on Fox Business Network to elaborate on the military plans against North Korea. Trump stated emphatically that the U.S. had deployed four warships, and that they were heading to the Korean Peninsula. The warships were intended to deter North Korea from carrying out future missile tests.

“We are sending an armada. Very powerful. We have submarines. Very powerful, far more powerful than the aircraft carrier, that I can tell you,” Trump said on the alleged mission and movement of the U.S. warships. The armada, as Trump described it, is the USS Carl Vinson aircraft carrier (warship) and three other ships in its fleet.

Sean Spicer, the White House Press Secretary also confirmed Trump’s military claims on the Fox Business Network. He explained that the ships were positioned on the Sea of Japan, a small distance away from North Korea. According to Spicer, this gave President Trump “options in the region.”

The statements by Trump and his administration sparked fears of imminent war. North Korea’s state news agency described the supposed deployment as nothing but a reckless act of aggression that aggravated already mounting tensions on the Korean Peninsula. Taking a cue from how Trump launched the surprised attack on Syria, Pyongyang held a military parade, revealing its readiness for thermonuclear war with the American Empire.

The North Korean statement and preparation dominated the world news throughout the Easter celebrations. Many feared they were witnessing the beginnings of World War III. People, fearful, turned to the internet to find out whether World War III was really happening, and according to Lombardi Publishing Corp, Google searches on World War III quadrupled in 2017 compared to trends over the decade. But while the world’s rush and fears were amounting, the warships Trump and his team claimed were close to Korean waters – which triggered the fear – were actually far away from the area. In fact, at the time Trump said the ships were heading towards Korea, the war machines were actually steaming in the opposite direction to take part in military exercises with the Australian Navy on the Indian Ocean.

On April 18, the U.S. Navy posted a photo of the ships online, showing them passing through the Sundra Strait between Sumatra and Java in Indonesia. It is said the photograph was taken four days after Mr Spicer had said the ships were on the move towards the Sea of Japan. The trade publication, Defense News, immediately saw the inconsistency regarding the location of the ships. The outlet realized the ships were at least three thousand miles south of where the White House claimed they were positioned.

When this emerged in news outlets, White House officials put up a defense, saying Trump’s statement on the ships’ location was based on information from the Defense Department.

The Defense Department declined to comment on what caused the confusion, but said the ships are now travelling north and would arrive near the Korean peninsula soon. Many observers have taken a swipe at the Trump administration gaffe. According to observers, misstating the mission and location of an entire aircraft carrier group – specifically, the USS Carl Vinson, a Nimitz class nuclear-powered beast of the seas, accompanied by a strike force of two destroyers and a cruiser – is nothing but a slap in the face by the administration to the world and “dangerous buffoonery.”

This article (Trump’s Dangerous Deception About Warships Almost Caused a War) is a free and open source. You have permission to republish this article under a Creative Commons license with attribution to the author and AnonHQ.com.