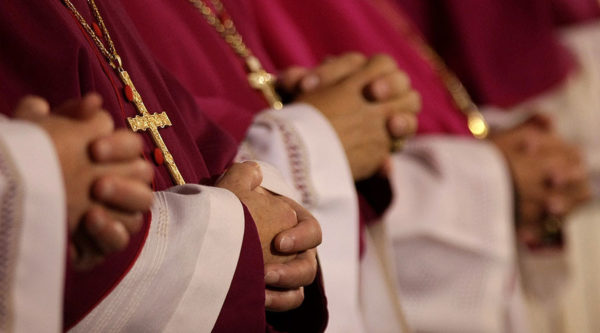 In July 2014, the Head of the Roman Catholic Church, Pope Francis, revealed that about one in every 50 priests of the church is a pedophile.

Pope Francis described the situation as a ‘leprosy’ that has infected the Church across the world. The Pope revealed bishops and cardinals are among the 2% pedophiles carrying out child sexual abuse in the church. In the United States, Catholic priests sexually abusing children isn’t new. BishopAccountability.org, an online archive established by lay Catholics reports that over 3,000 civil lawsuits have been filed against the Catholic Church, regarding child sexual abuse by priests in the United States. In fact, some of these cases have resulted in multimillion-dollar settlements, with many claimants against the church.

In early 2002, investigations by the Boston Globe on a series of criminal prosecutions of five Roman Catholic priests, brought the issue of sexual abuse of minors by Catholic priests into the national spotlight in the United States. The coverage of these cases encouraged other victims to come forward with their allegations of abuse, resulting in more lawsuits and criminal cases. As the awful truth to many of the allegations became clear, a pattern of sexual abuse and cover-up in a number of large dioceses across the United States (what had originally appeared to be a few isolated cases of abuse), exploded into a nationwide scandal. The resulting scandal created a crisis for the Catholic Church, encouraging victims in other nations to come forward with their allegations of abuse, creating a global crisis for the church. In Maryland, many victims presented their cases to the Archdiocese of Baltimore, as a result of the whistle blown by the Boston Globe. In 2015, the fallout from the Boston Globe’s investigations was portrayed in the Oscar-winning film “Spotlight.”

Victims of the abuse have been pressing the church to publish the names of the priests publicly, in order to allow others who have suffered such abuses to come forward and present their cases.

Therefore, in January 2016, Archbishop William Lori of the Archdiocese of Baltimore gave the green light for the names to be published. However, when the church published the names, it never issued a statement to alert the public. It was the Baltimore Sun that saw the published names and broke the story. When the church was contacted for the reason it published the names without issuing a statement to alert the public, spokesman Sean Caine said victims wanted a permanent list instead of the single press release that is published when a priest is accused of abuse.

According to an analysis done by Bishop Accountability.org on the published names, the accused priests worked in at least 94 parishes in Baltimore, with one receiving seven on the list. It revealed further that about 30 out of 170 dioceses in the United States have released lists, but in some cases it was only because they were required to do so as part of court case settlements. Bishop Accountability.org concluded the analysis by pointing out discrepancies between the total number of accused clergy members and those which have been publicized, revealing that there are about a total of 44% accused priests not yet known to the public.

@SNAPNetwork The pope is a “BS” artist who parrots the words of his PR CZAR ‘ greg burke’ they are all talk & no action !

The Survivors Network of those Abused by Priests (SNAP) released a statement that it was glad officials had listed “predator priests,” but expressed regret that they had taken so long to do so. SNAP also said it is suspecting that the church did not publish the full names, urging it to do so with immediate effect.

This article (Exposed: Baltimore Archdiocese Publishes Names of 71 Priests Who Sexually Abused Children) is a free and open source. You have permission to republish this article under a Creative Commons license with attribution to the author and AnonHQ.com.