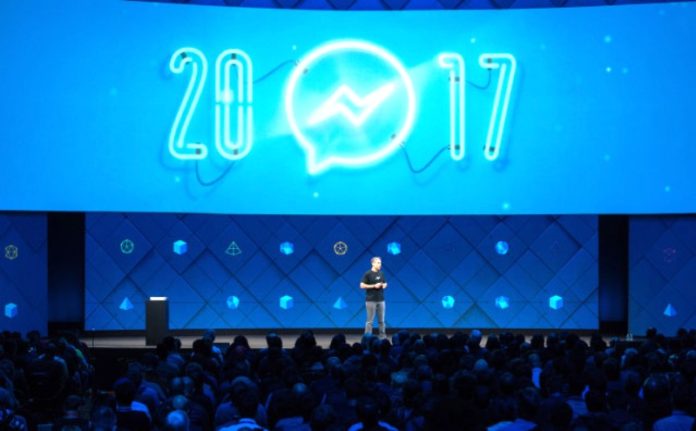 Remember when Facebook removed its messaging capabilities from its main application more than three years ago? And then they made us download another application so we could talk to our friends; angering many people, to the point they went on to dropping Facebook.

Eventually, Facebook users forgave the social media giant, bringing Messenger’s ratings to the top in both the App Store and Play Store. The company says that more than a billion people currently use their messaging application, making it an app that reaches more than ten percent of the world’s population.

Marcus says many people are using messenger because it is user friendly. Marcus explained that Messenger is now somewhat being used by everyone, and Facebook wants to capitalize on that by incorporating as much as possible into the app, so that people don’t have to go other places looking for things.

F8, which is Facebook’s developer conference, had its Messenger team show off some of the new features of the app, highlighting their aims to change the way how Messenger is used. Soon, it will be a place where everything can be done, not just chatting.  They said that programmers can now develop games in Messenger, and they have bots that will allow you to manage your spending habits, including a bot to help you search new recipes through to your very own personal assistant – something like Apple’s Siri.

The personal assistant that has been labelled as ‘M’ will come in between your chats and help you make on appointment, find a restaurant or find a new business. The Messenger team also came up with a brilliant solution for businesses to create a QR code for their customers, so the customer can simply scan the code and pop up the chat with the business.

The team wants to make Messenger a place where people can easily interact with companies. Marcus also stated that there is a ‘Discover’ section in the Messenger application where people can discover that there is more to that plain old chatting window for businesses. He further explained that Facebook encourages businesses with the official page to respond to messages and interact with people.

Marcus said Facebook understands that it isn’t possible for small businesses to be responsive at times, and thus have created a bot to help. This bot will automatically answer the user for generic questions, such as if a customer messages a nearby pizza place asking if they’re taking orders. If the business is closed, the bot will send an automated message showing operational hours.

While these features might be the ‘woohoo’ factor for some, it’s only a matter of time before you will realise it all comes out once you press the same blue icon on your screen. It is the same space where you call your friends, post your pictures, set events, or simply use it to chat. They’re getting closer to the reality of making this app a one-stop-shop for everything.

This article (Facebook Wants Messenger to be Only App You Ever Need) is a free and open source. You have permission to republish this article under a Creative Commons license with attribution to the author and AnonHQ.com.