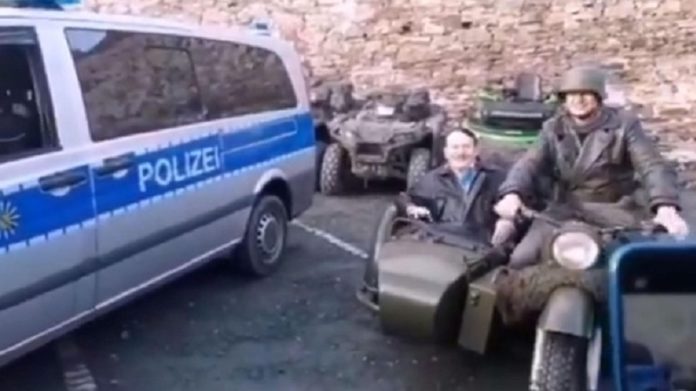 When it comes to National Socialism, the German public understands no fun. Not so the police in the German state of Saxony, which has delivered a veritable scandal.

A police officer filmed a Hitler imitator at a biker meeting, which caused a big shit storm on social media. Not without consequences: The Saxony police has announced that the officer will face consequences, even if he has understood his wrongdoing in a conversation with the boss floor.

Because the appearance of the Hitler impersonator “represents a disturbance of public security and order”. The official should therefore have intervened. 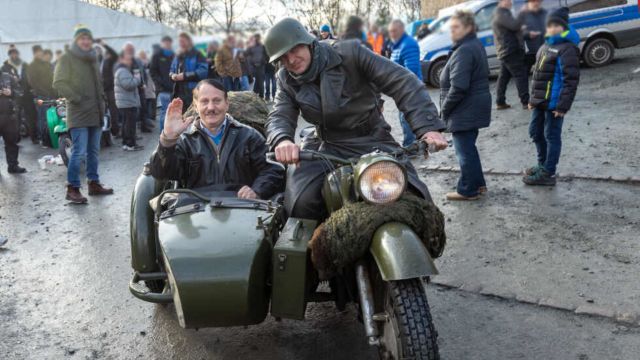 Hitler impersonator is parked right next to the police car

The incident happened on Saturday when a motorcyclist drove up to the biker meeting at Augustusburg with a passenger dressed as Adolf Hitler. The policeman on the steering wheel obviously amused records the scene with his cell phone. The man disguised as Hitler sits in the sidecar of the machine, which looks like a Wehrmacht motorcycle.

The Saxony police quickly apologized on Twitter, the official should “have stopped” the disturbance directly. 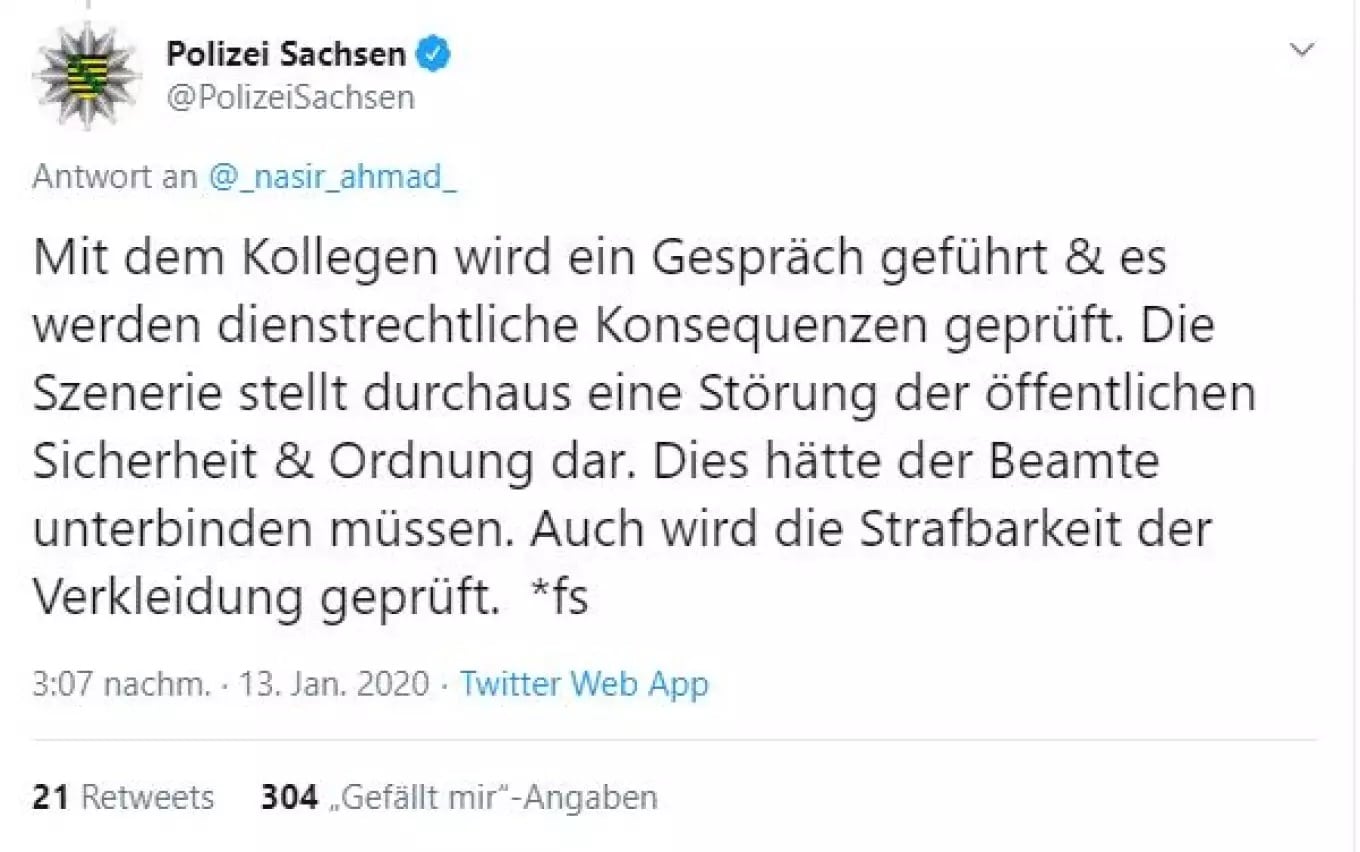 The case affects the future of the policeman

Interestingly, the internet hardly discusses the Hitler impersonator, but only the police officer. But rightly so. As the responsible police directorate Chemnitz explains, it is the chief of the police who enjoyed the Hitler imitator.

The conversation with the management was “critical, but definitely constructive”. As before, consequences under employment law would be examined. The decisive factor here is “what final criminal assessment the competent public prosecutor’s office has regarding the Hitler impersonator”.

Hundreds of tweets are outraged at the behavior of the German police officer. – Twitter screenshot

The police spokesman does not want to comment on whether the policeman has to worry about his job or not. However, no investigation has yet been carried out against the Hitler impersonator himself. It is checked whether his behavior has criminal relevance.