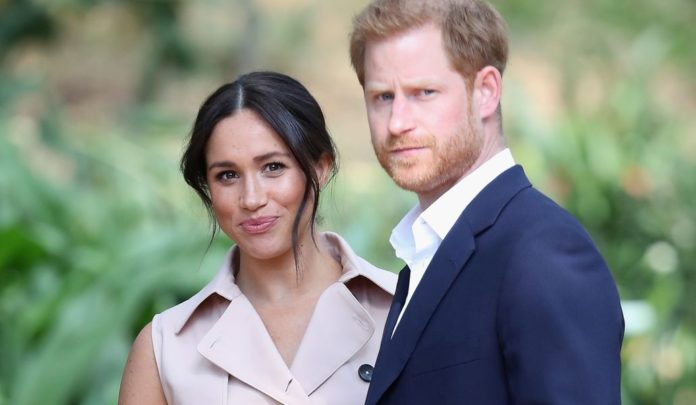 Last week, Prince Harry and Meghan Markle made the shocking announcement they will be stepping down from life as royals. Those close to the couple expect that an explosive interview about the royal family could be in the future, although they have promised to still support the queen.

Queen Elizabeth II, Harry’s grandmother, was reportedly unaware of Harry’s decision to separate himself from royal life before it was announced to the media. British media has framed the issue as family infighting, suggesting that the split is the result of personal issues and feuds within the family. But there have been some suggestions that deeper reasons exist for Harry and Meghan’s departure.

Inside sources have told reporters that the “monarchy has never been seen in such a bad state,” especially considering the ongoing scandal involving Prince Andrew.

Prince Harry’s friend, JJ Chalmers, made a strange comment on BBC’s The One Show on January 10, saying that Harry likely made this decision to “protect his family” and was attempting to do what was right for his family, but Chalmers would not elaborate on what—or who—Harry would actually be protecting his family from.

But even more remarkably, video of Harry himself discussing the need to protect his family has also been making the rounds on social media, with the video below having been retweeted more than 70,000 times since it was posted on January 8.

Prince Harry said what he said and I’m here to remind you. Period. pic.twitter.com/t1dyZ8Tt3A

In another video of the same interview, Harry is heard saying “I will not be bullied into playing a game that killed my mom.”

“I will not be bullied into playing a game that killed my mom” OOF pic.twitter.com/DBK1sNXDZn

In response to the couple’s announcement, the queen has reportedly ordered a meeting to take place Monday to address Harry’s decision, his future with the monarchy, and any changes that might come as a result of his departure. It is not clear exactly who will be in attendance, but it has been reported that Meghan Markle will only be able to join the meeting by phone.

Harry’s mother, the late Princess Diana had problems with the royal lifestyle that appear similar to those of Harry and Meghan. Sadly, Diana tragically died in a mysterious car accident when Harry was a child. At the time, Diana was in the midst of a feud with the royal family, leaving an enduring legacy of conspiracy theories after her death.