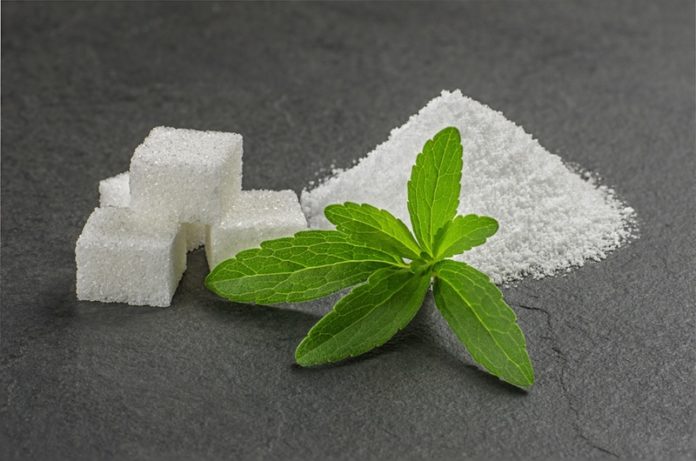 Ever wondered why Stevia in its natural form is not approved for use as a food additive by the US Food and Drug Administration (FDA)? Because apart from other dangerous side effects, Stevia prohibits pregnancy – that’s what the FDA wants you to believe.

According to LiveScience, Stevia rebaudiana, in its natural form, is a leafy green plant found in Paraguay and Brazil. It has been used in those regions for hundreds of years as a sweetener and also “as a treatment for burns, colic, stomach problems and sometimes as a contraceptive”.

FDA clarifies the ban of whole-leaf Stevia or crude Stevia extracts on its website:

FDA does not consider their use in food to be GRAS in light of reports in the literature that raise concerns about the use of these substances. Among these concerns are control of blood sugar and effects on the reproductive, cardiovascular, and renal systems. Food additives and GRAS affirmation petition or pre-petition submissions for the use of such substances that FDA has received in the past have not contained the data and information necessary to establish the safe use of these substances as ingredients in food.

The FDA cites a 1968 research study conducted by Professor Joseph Kuc of Purdue University, which showed a contraceptive effect on female rats that were administered highly-concentrated doses of Stevia. Even after 50 to 60 days after the administration of the aqueous extract had been stopped, the females continued showing a reduction of 50 to 57% in their fertility. Kuc himself noted that effects in rats aren’t necessarily experienced by people and that the study “absolutely needs to be redone”.

In 1985, a study by John Pezzuto from the University of Chicago found that Stevia can in some circumstances act as a mutagenic.

Another study that the FDA cites was conducted in 1988 by Professor Mauro Alvarez of Brazil’s University of Maringa Foundation, which showed that female rats’ fertility rates dropped when they consumed Stevia during the mating season, just like the 1968 study. Both the studies remain inclusive and controversial.

Because of the 1985 finding and the two studies that concluded that Stevia had a contraceptive effect, the FDA in 1991 issued an alert which effectively blocked the import and sale of Stevia in the United States. In September 1995, the FDA revised its alert to allow Stevia and its extracts to be imported as a food supplement but not as a sweetener. In 2008, the FDA approved the use of one of the naturally-occurring compounds found in Stevia, Rebaudioside A, in beverages and foods.

However, researchers across the world have time and again proved that Stevia is a safe natural sweetener, which offers no fertility effects to its users.

In 1975, Akashi and Yokoma used rats to verify the contraceptive effect of the crude extract, of the semi-purified extract and of the pure stevioside. The doses applied were from 14 to 15 times greater than the maximum dose that a person could take. Akashi and Yokoyama did not report any difference in the average of conception and copulation. Also, they did not find any variation in the weight and daily ingestion. The pregnant females were sacrificed and the fetus examined and no abnormality was found.

Similar experiments were performed by the Stevia Safety Committee of Japan in 1981. The doses administered represented a volume 75 times greater than what could be ingested by an adult individual. The results were similar to the 1975 study.

A study conducted in 1986 at the University of Santa Maria in Brazil concluded that the use of Stevia rebaudiana or the stevioside to prevent pregnancy is merely folkloric.

In 1991 a research was conducted by scientists at the Chulalongkorn University Primate Research Center in Bangkok to study the consequences of daily ingestion of stevioside in hamsters and its effects on two subsequent generations. Even though 2,500 mg a day was administered (a human dose is about 2 mg), there was no evidence of decreased fertility.

A more recent study published in the Journal of Endocrinology and Reproduction in 2008 concluded that Stevia rebaudiana had no adverse effects on the fertility of adult female mice.

According to the American Herbal Products Association, “Stevia leaf is a natural product that has been used for at least 400 years as a food product, principally as a sweetener or other flavoring agent. None of this common usage in foods has indicated any evidence of a safety problem. There are no reports of any government agency in any of the above countries indicating any public health concern whatsoever in connection with the use of Stevia in foods.”

On the FDA’s own website, a GRAS (Generally Recognized As Safe) petition submitted to FDA in 1995 cited over 900 Stevia studies, none of which indicated any safety concerns regarding human health.

The petition cites over 120 articles about Stevia written before 1958, and over 900 articles published till date. In this well-chronicled history of Stevia, no author has ever reported any adverse human health consequences associated with consumption of Stevia leaf – Supplement to GRAS affirmation petition no. 4G0406, submitted by the Thomas J. Lipton Company February 3, 1995.

If Stevia had contraceptive properties, then the native population of Brazil and Paraguay would be hugely affected, but they aren’t. Then why does the FDA continue to push Stevia out of the United States?

The FDA approval of aspartame was highly contested with critics alleging that the quality of the initial research supporting its safety was inadequate and flawed. Despite the conflicts of interest, the artificial sweetener was approved in the United States in 1981 and is one of the most widely used artificial sweeteners in the country today. Numerous studies that show negative effects of aspartame notwithstanding, FDA finds no reason to alter its conclusion that aspartame is safe as a general purpose sweetener in food. FDA hasn’t approved Stevia, perhaps because the aspartame lobby doesn’t want competition.

“I had one guy from the FDA tell me ‘if we wanted to make carrots (be) against the law, we could do it’,” said Kerry Nielson, former director of operations at Sunrider International, discussing the 1985 FDA seizure of his company’s Stevia.

“Even if they have reviewed these studies, the only possible way to report that the results showed detrimental effects is by taking information out of context.  If this is the case, one concludes that these FDA scientists are incompetent and irresponsible, or if not, they must belong to some sort of conspiracy group to carry on a sinister agenda against this plant with the objective to keep it away from American consumers by attributing to it safety issues that do not exist,” said Mauro Alvarez, responding in a 1998 letter to the fact that the FDA cited Stevia studies he conducted in 1988.

Population, Resources, Environment: Issues In Human Ecology, a book written in 1970 by Paul and Anne Ehrlich, the precursor to the book Ecoscience: Population, Resources, Environment they wrote in 1977 with John P. Holdren, the man who advises President Obama on science and technology, mentioned a number of ways to reduce the population growth. Stevia rebaudiana was declared an anti-fertility agent alongside forced abortions and sterilization. In 2013, during a Q&A segment at a science & technology speech given by Holdren, WeAreChange’s Luke Rudkowski asked him about the statements he made in Ecoscience. Despite co-authoring the book and telling the Congress that his beliefs in depopulation had changed, Holdren claimed that he never held those beliefs in the first place and refused to answer him.